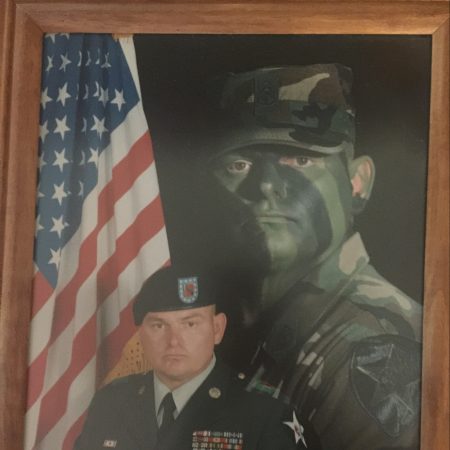 A Country and Military Life

Grew up in Lonoke, Arkansas and worked in produce farm and saw mill. Joined army in 1984 and left in 2004. Influenced by step dad and metal shop teacher. Running in basic training was hardest. Hardest part was missing his family when being in the army. Some war zones he was in was Dessert Storm and he had 4, 6months each, rotations in Saudi Arabia and Iraq. Learned discipline and hard work. Now is a cattle farmer and rancher. When in army, no cell phones and people had actual conversation. Could only call parents on the weekend.