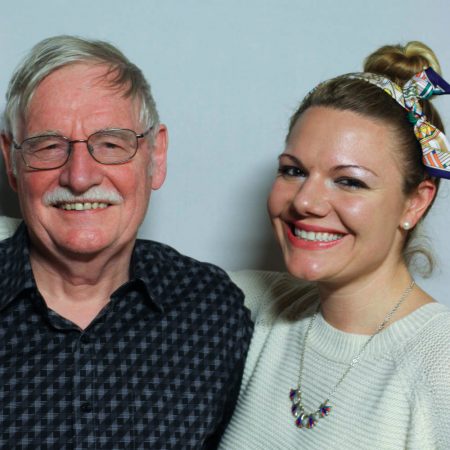 A Father, His Daughter, and the Choice to Start a Family as "an Act of Hope"

Jessica Kibblewhite grew up the daughter of an astronomer, Edward Kibblewhite. Among his inventions: a system that allows scientists to take clearer pictures of stars.

When Jessica and her husband were having a hard time deciding whether to have a child, she brought her dad to StoryCorps in Chicago to ask him for advice. Essentially, she hoped he might help her do the same thing his invention does: see more clearly.