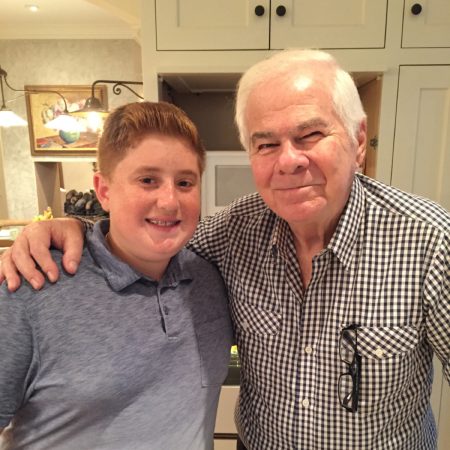 So Wrong, but So Right

Long before texts, emails, and snapchat, if you wanted to talk to someone you either had to write a letter, or use the phone, and not a cell phone. Jake Freedman interviewed his grandfather Saul Freedman about his mid-high school move across the US. Saul talks about his trip, all the trains, stopping in Chicago, and the great one on one time he got with his mother. He was not happy about moving, and he was especially mad about leaving his girlfriend behind. Once college was over, he headed to the Army Reserves. After leaving the Army Reserves, instead of going home to California, Saul went directly to Boston to see his girlfriend. They made plans the next summer, and ended up getting engaged. Around the 8:40 mark, Saul tells a great story about Jake’s paternal grandmother, Saul’s late wife. He talks of how she dropped the diamond for her engagement ring, and how it got stuck in her bra. As the story goes on, Saul chokes up talking about his late wife.