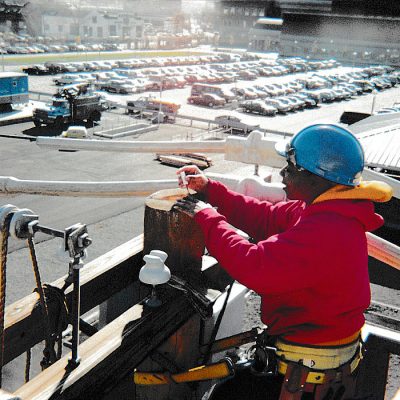 "Nobody wanted to work with me." In 1991, Monica Harwell became the first woman to climb electric utility poles for ConEdison in New York. As a line constructor, her job was to install power lines dozens of feet in the air. She worked alongside men whose families had been working on the lines for generations. At StoryCorps, Monica told her daughter, Andrea Cleveland — who now also worked for ConEdison — about how many of them never thought she’d make it.