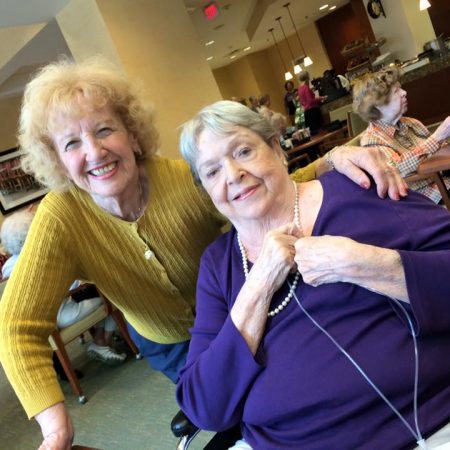 My 85-year-old grandmother Angeline "Dolly" (Crocetto) Gagain met her husband (my grandfather) Raymond John Gagain in Waterbury, Connecticut when they were 14 years old. They spent their entire lives together until my grandfather died in 1990. His death was a great loss for our family and a tragedy for my grandmother. As an Italian-American, living with a close-knit family, rather than living alone, has been important for her. My grandmother remarried after my grandfather’s death, but this past April 2015, after 20 years married to her second husband, she lost him also. Over 8 decades of her life have been free of loneliness. Now, however, the chances of finding a third partner in life are slim to improbable, so it's up to us -- her grandchildren and remaining family members - to do what we can to keep her happy. She has lived a life that’s full. She is healthy, but almost all her friends and family are gone. The common denominator is that they all smoked cigarettes throughout the 20th century. My grandmother Angeline "Dolly" tells the story here on StoryCorps.