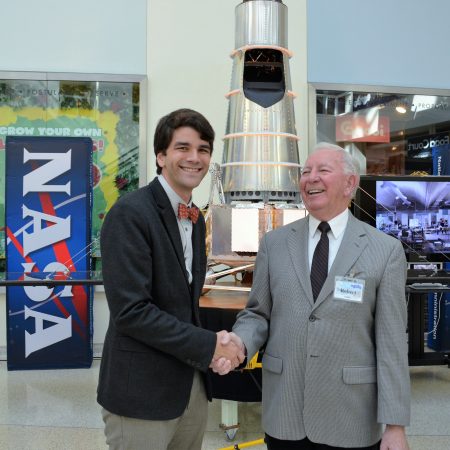 Bob Conover talks about building Ranger, a JPL spacecraft that went to the Moon in the 1960s, then restoring it again 50 years later

In the summer of 2015, Bob Conover led a team of 12 volunteers to restore a 50-year-old Ranger spacecraft at the California Science Center. Bob is a retired JPL engineer who originally worked on the Ranger at JPL in its heyday during the 1960s. In this interview, Bob describes what it was like to work on Ranger at JPL before anyone really knew how to build spacecraft--the failures, frustrations, and ultimate successes--and then what it was like to work on Ranger again at the Science Center 50 years later. [Recorded on February 10, 2017.]