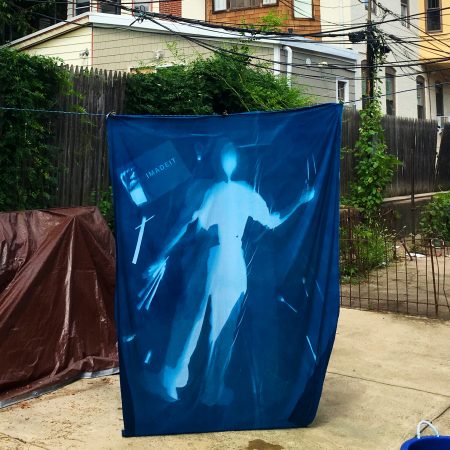 Christian is a high school student who frequents the Tacony Arts Lab classes and open studios. Christian was really excited by the interview and cyanotype process, so much so he quickly downloaded the StoryCorps app. Upon encouraging Christian to start his own oral history series on StoryCorps he jumped right in and began to interview me. He also expressed interest in being a part of this project and having a cyanotype portrait made of himself. We agreed that if he received permission from his parents we could include this interview and make a cyanotype portrait of him. Today was the day he brought in his parents permission and we made an awesome portrait depicting his artistic and motivational side! Christian is a resident of Holmesberg/Mayfair in North Philadelphia. Eventually we begin to talk about Christian's school and art that he makes. Christian even shares his secrets for making fried chicken for himself!