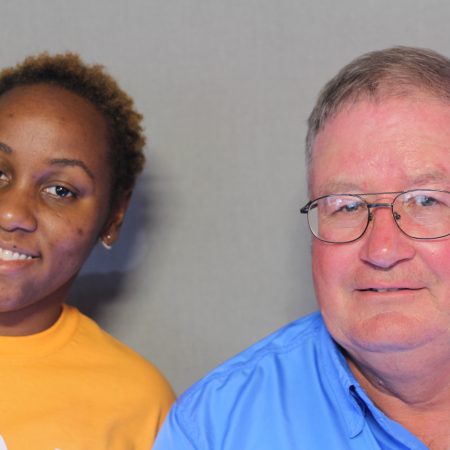 Curtis Krofft (63) talks with StoryCorps facilitator Courtney Gilbert (28) about the period of his childhood that he spent in Joshua Tree and the annual turtle races that went on there, and later the politics and current events that led his family to move to Oregon.

00:51
CK talks about how his family came to live in Joshua Tree.
04:00
CK describes the ranch where he and his family lived.
15:40
CK recalls annual "turtle races" held in his town and talks about where he would find the tortoises for the races.
24:55
CK talks about the Vietnam War and his father's disability.
28:15
CK remembers his parents' reaction to the assassination of John F. Kennedy and the hope they lost that the government would provide for his father's disability.
33:10
CK talks about what led to his family moving to Oregon and how his father was ultimately repaid for his disability.
37:40
CK connects themes from the turtle races he attended as a child to the ideas of aging his generation have.
38:00
CK shares how he would like to be remembered.