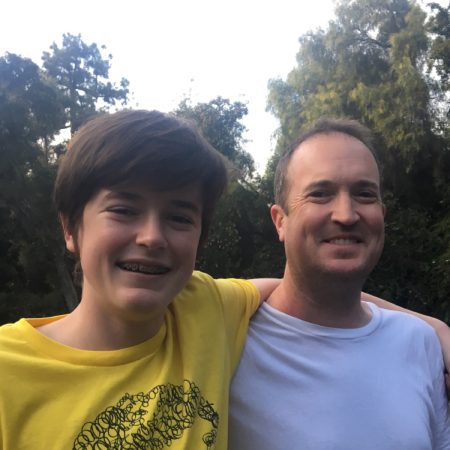 Everyone Alex Head meets wonders about his British accent, it's the first thing they notice. Yet who would have thought a British born, American citizen with two kids would end up spending a large portion of his life in Asia? On November 26, 2017, in Los Angeles, California, Sullivan Head interviewed his father, Alex Head, to learn about his time in Asia as a young adult. The story takes place in 1991 journeying through Asia, because it was interesting, cheap, and safe, and eventually settles in China, where Alex experienced unorthodox happenings that may not be expected. From being chased by bikers and mobs, to watching people dance to Prince songs, Alex was exposed to a new culture he had never seen before, and Sullivan learnt that his dad had actually had an exciting life before his kids came along.