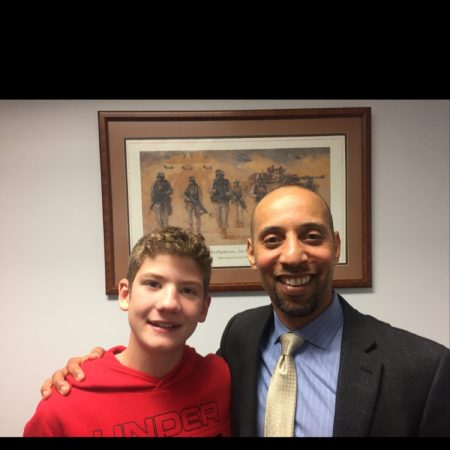 Danny Swope and former marine Micheal Williams talk about serving in the military and the lessons he learned.

In this interview, conducted on November 24, 2017 in Annapolis, Maryland, Danny Swope (13) interviews his parents colleague and former marine Micheal Williams (49) about his childhood playing basketball, tennis and board games. Mr. Williams shares how important his dad was to him as a child and his time serving in the first Gulf War and how serving in the military inspired him. He also shares some stories from basic training and the lifelong friends he made during that time. The interview turns emotional as Mr. Williams talks about losing his dad and important lessons he learned in his life.