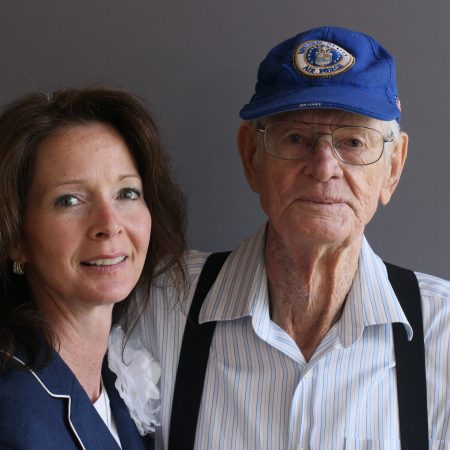 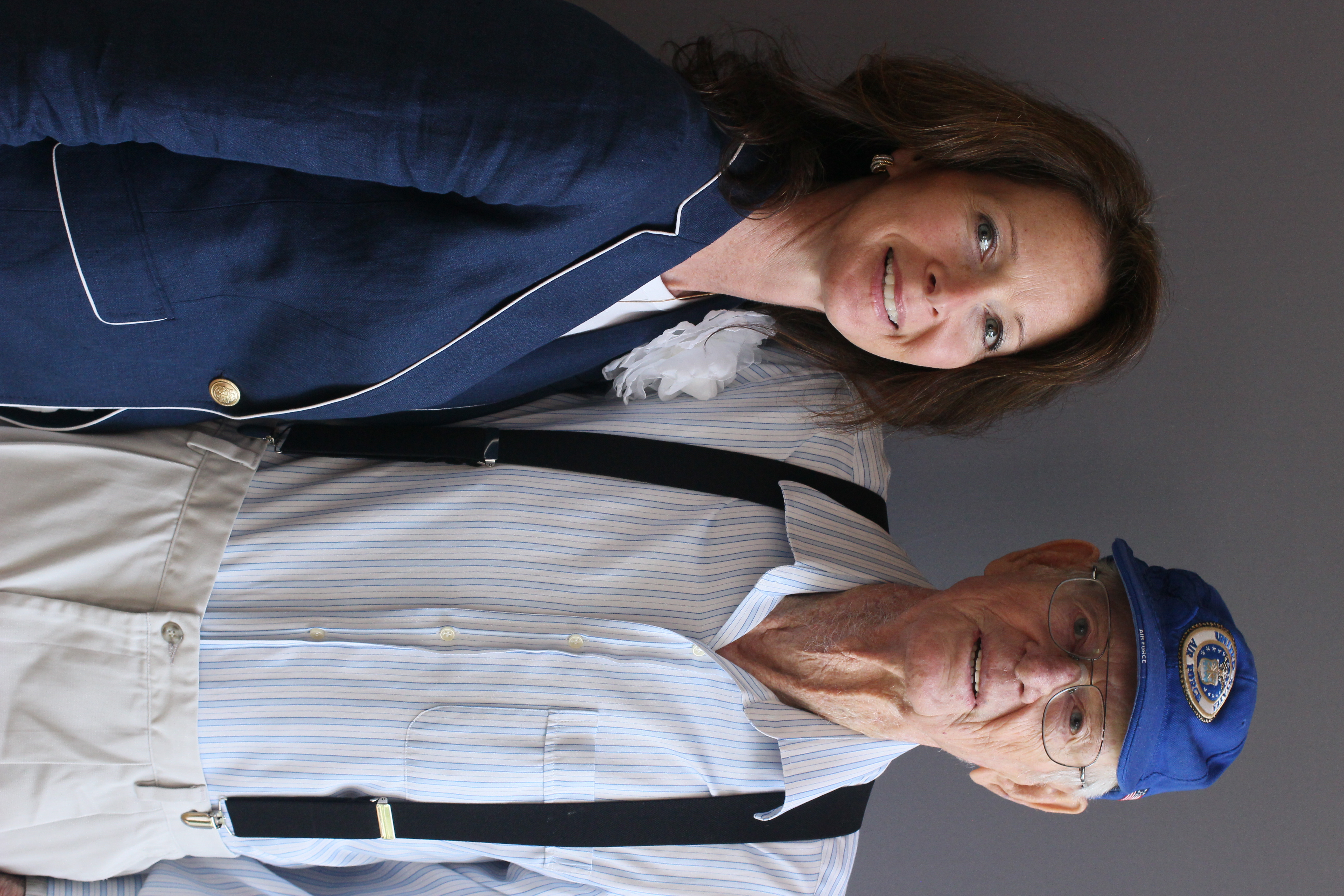 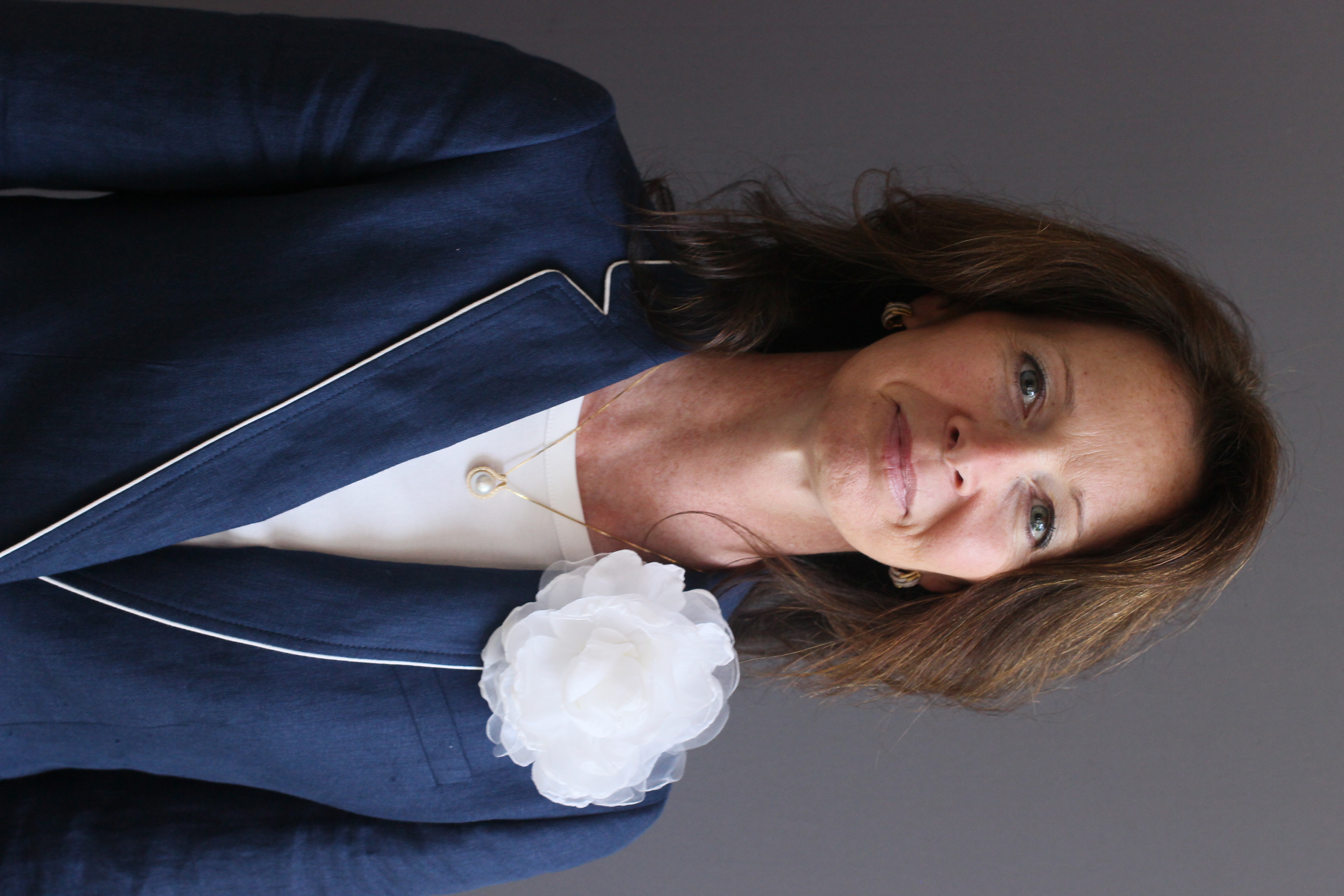 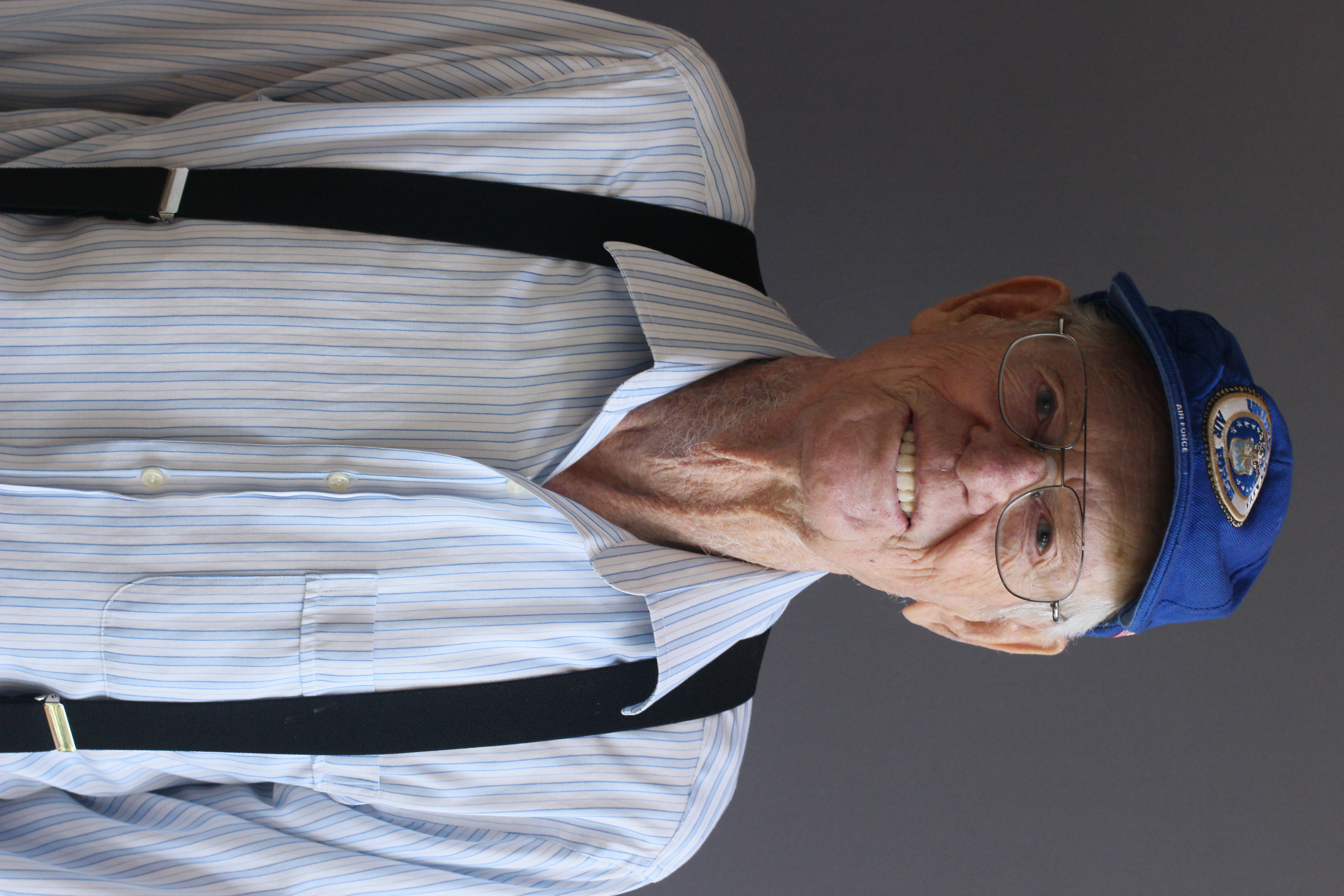 Jake D. Floyd (90) talks to his daughter Chereé Floyd Bailey (49) talk about his military service as an electrician for the Army Air Corps and later the Air Force. He remembers some of the more impactful and traumatic events of his service during the Korean and Vietnam war. They also discuss the anti-war and military sentiment that existed in the US on his return from Vietnam and how different it is from how the military is viewed today.

00:40
Chereé talks about how when she was growing up she was aware of her father Jake’s service but didn’t really know any details about his service. It wasn’t until her children started to have to interview him for school assignments that she learned more about his experiences.
02:00
Jake talks about the day he enlisted in the Army Air Corps and why he chose to join the military. He was inspired by seeing airplanes fly over the farm he grew up during WWII. He goes on to talk about his basic training and starting his service after WWII was over and during the occupation of Japan.
07:35
Jake talk about his first assignment in San Antonio before being sent to radio training in Louisiana. He talks about the places he served during his 20 year career (Philippines, Japan, Guam, Korea, Iceland).
08:45
Jake describes what Iwo Jima was like when he was their. He talks about then serving in Korea during the Korean War. He talks about his work as an electrician. He recalls a particularly regrettable event where he was a Korean serviceman electrocuted on an electrical pole and how that imagery has stayed with him. He goes on to talk about his work at an orphanage in Korea as part of the Air Force Aid Society.
16:30
Jake describes his time in Iceland.
21:55
Jake talks about going to Vietnam in the fall of 1966. He talks about applying for retirement twice while in Vietnam and his application being rejected because of his unique skill set. He talks about how he suffered a foot injury from shrapnel which caused a tumor to grow in his foot. He talks about how he sent a letter to his congressman Joe Wagner for him to advocate for his retirement which ultimately led to his retirement being approved.
26:30
Jake remembers the day he left Vietnam after his retirement was approved. Their was a plane ahead of his that took off first carrying some civilian children that was shot down by the VC. He talks about how he can still see the fire and cries of children. He says this was the reason his daughter Chereé was born, as he told his wife he needed to have another child to cope with the losses he saw that day.
28:00
Jake talks about the anti-war sentiment that existed in the US when he returned from Vietnam and talks about the negative reception he received when he returned. He talks about how he wishes civilians understood the sacrifices those in the military and their families make. Chereé talks about how her father now gets thanked for his service and was shocked to learn that that wasn’t always the case back then.
33:00
Jake talks about how he is proud of the service he gave his country.