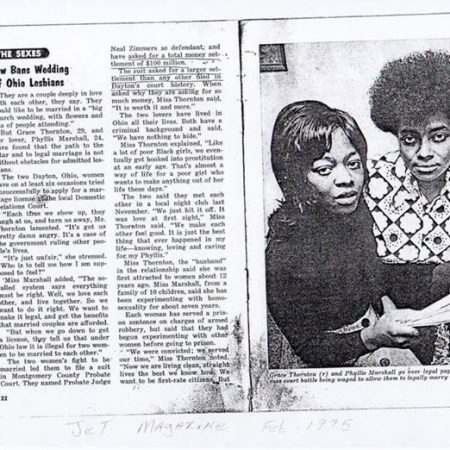 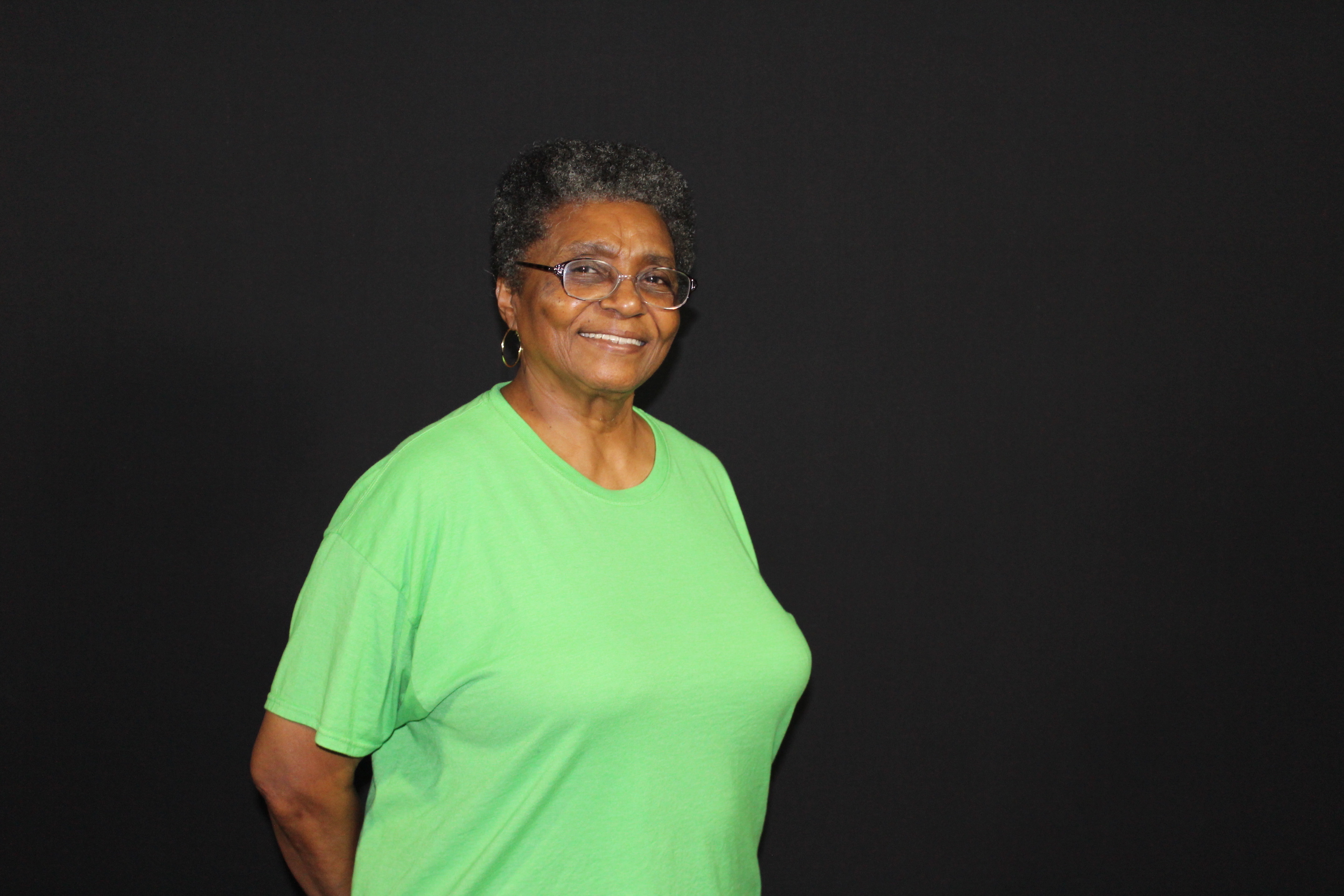 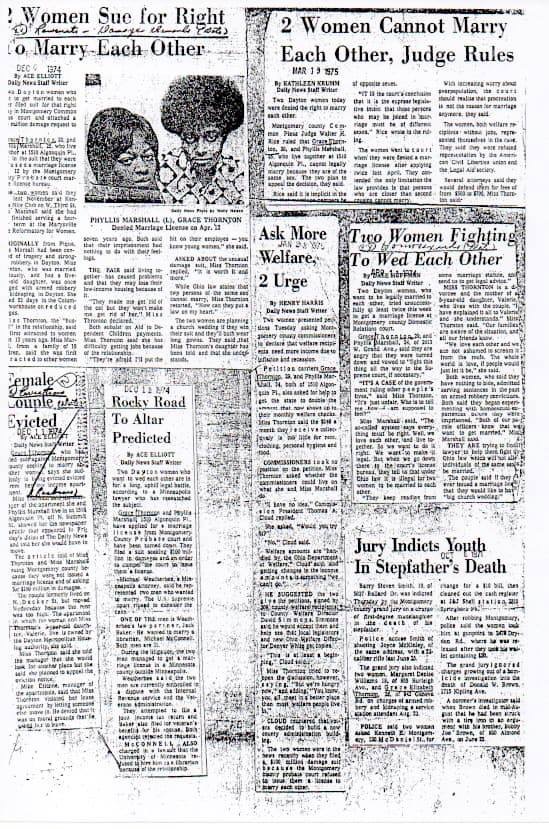 Grace Vaughn (Thornton) speaks about her experience being the first lesbian to sue for marriage equality in 1974 in Dayton, Ohio.

Grace (Thornton) Vaughn and her girlfriend Phyllis Marshall were among the first -- if not THE first -- same-sex couple to file suit after being denied a marriage license in Dayton, Ohio, in 1974. Ultimately, they were granted the right of common law marriage. She also discusses the intergenerational story of her gay grandson Ken Smith who has been inspired by her in his journey as a gay man.