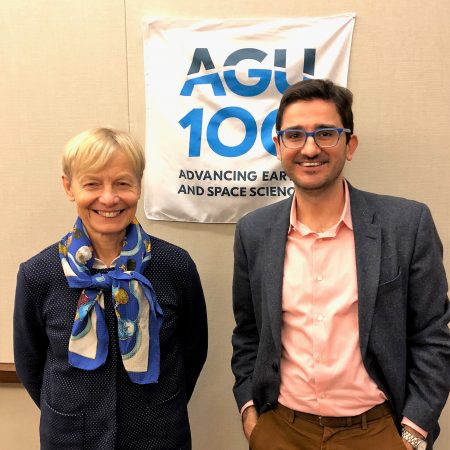 "Starting with the Simplest Conversations." an interview with Barbara Romanowicz and Vedran Lekic

For Ved Lekic, the opportunity to interview his mentor, Barbara Romanowicz, was a little daunting, so he brought along some questions. Once the conversation turns and Ved has a chance to answer some questions as well, we meet a very bright protégé who has more than earned his mentor’s admiration.

Barbara’s early work on seismic tomography that resulted in the first regional-scale models of the mantle beneath North America, a significant achievement she has been honored for at the highest levels. It also appears to have started with her mother, a novelist with the self-discipline to start each day with at least 2 hours of writing. The two colleagues also touch on Barbara’s relationship to her mentor/competitor and her revival of UC-Berkeley's Seismology Lab, now a world leader. (Recorded 13 December 2018)