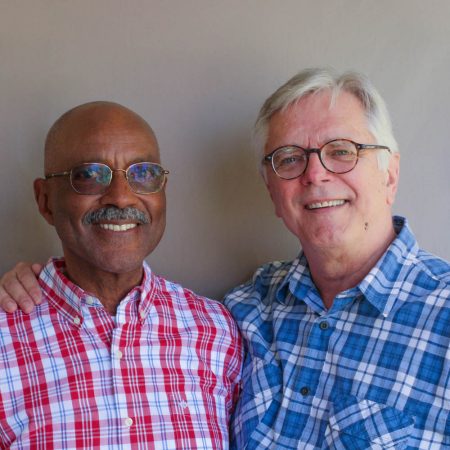 On November 18, 2003, in the case of Goodridge v. Department of Public Health, the Massachusetts Supreme Court declared that “…barring an individual from the protections, benefits, and obligations of civil marriage solely because that person would marry a person of the same sex violates the Massachusetts Constitution.” This allowed same-sex couples to be legally married in the state of Massachusetts, the first state in the United States to do so.

David Wilson (above left), one of the plaintiffs in that landmark case, was also one of the first to be married when the law went into effect on May 17th, 2004. In 2010, David first came to StoryCorps to reflect on his difficult path to get to his wedding day.

Nine years later, David and his husband, Robert Compton, came to StoryCorps to reflect on their journey as they approach their 15th wedding anniversary.