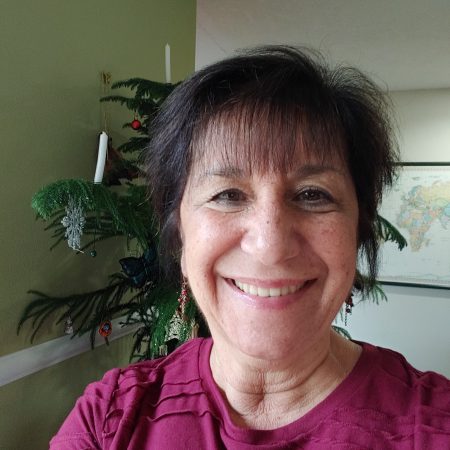 Connie Stokes, one of the founding teachers and administrators at the Chicago Waldorf School, shares about her "pioneering days".

00:00 This is Nita, the monzo. I am the interim director of waldorf100 and an alarm from shining Mountain Waldorf School. And today, I am speaking with.

00:14 I'm Connie Stokes and I currently live in Portland, Oregon, where I am working somewhat part-time for Waldorf schools and taking care of my grandchildren.

00:28 Lovely. And kind of you've been part of many, many Walter schools. Now, how did you originally meet Waldorf education? Well, I was in my mid-twenties and I just graduated college and I'm majoring in education and my husband at that time stamps. Tarzan ski was also a major in education and he found other vegetation through his work at a school called Esperanza school, which was in Chicago and started by dr. Charles Page.

01:00 She had early on in the sixties tried to start a Waldorf School there, but if it didn't materialize and so she started a school to support children with developmental challenges and many of the early teachers at the Chicago Waldorf School work there. So I found it through gym and we went to Emerson College in 1975 and then came back to Chicago and the school actually had already the kindergarten had already started and it had been going two years. So in 1976, I became the kindergarten seat, so I can't say I was inspired more. I was enthusiastic about this jumping and where I would leave after a year away of immersing myself in the foundation.

02:18 I think probably when I look back on it, the challenge was just being very young and enthusiastic.

02:41 16, I think. And the first grade started the following year and Jim was the first class teacher. So during an entire year, there were four of us involved in that Francis big, you know, Francis Pam and Jim. And I'm at every Friday night for the entire year, that we started there, to begin that first grade. And the first grade started with, I think 15 children. I'm so the school just kept growing and growing which was wonderful and inspiring to me. But it was also challenging and really learning basically learning on the job. That's how to organize the school. So I would say that, that was a, that was what I see is a challenge. For me, the challenge for the school was really finding a place that it call home.

03:37 Just until recently when the school has just found a permanent home after 45 years, so

03:45 Right, I heard about that. That's a very exciting. It was very excited because really, when I think about my time at the school, it was always about moving and home and being in temporary homes. So that was that was, that was another challenge as he kept growing and growing. Really.

04:12 I mean, I do all schools experienced some sort of Crisis, but there wasn't anything that was so.

04:20 Serious that it's at the school back so much. It just kept growing and growing. So each year in the greater would start and the high school didn't actually start till 1994, but the school kept growing so sexy. And so, did you take you start of the kindergarten teacher? And then did you take a class all the way through while running the school? At the time, I was a kindergarten teacher for two years and then I did what I think, I'll Pioneers do a little bit of everything in the school missions and bookkeeping, but I also was also started our family and their time as well. I came back into teaching, probably, I think in 1985 as a part-time kindergarten teacher. I didn't become a class teacher, a teacher. And I just thought that one. One in the family was enough when you're raising children.

05:15 But I just and also, I was around people who were so creative and wonderful and what I did, but I felt more that I was called to be more the organizational person. I didn't I didn't grow up thinking that I wanted to do that kind of work, but it just sort of fell into place based on the time and place interesting. You're and maybe a few of your favorite memories of those early days.

05:49 You know, I think I'm not really early days. When we first started. It was just being in this beautiful kindergarten with these lovely children than being able to walk to the big Park. We went to Lincoln Park. We started out closer to the downtown area of Chicago, and so was very exciting to be there. I grew up in the city. So I enjoyed being around there and walking to the big Park and children can climb trees at that time and we would take mr. Good rope and walk across the busy streets and the children were really somewhat free. And that was that was a wonderful memory of working with young children. I think the other

06:27 Wonderful moments in the school where the periods of growth, certain buildings that we went into opened itself up to.

06:41 But that's just a largest enrollment growth. When we went to a new neighborhood, things changed for us.

06:48 At that point. And so I think it was between 1981 and 1985. While we saw the largest growth spurt in enrollment would move to that neighborhood as well. So my experiences of the school really had to do with transition and more transitions in Moorestown, but and I think other moments with a, I think the rich Festival life that we had at the school and as it as a school administrator, I tried to get the administrators involved in in aspects of the festival life. So we did a play for a few years for the children. And I also had fun being in the shepherd's play and those kinds of things which balanced out my work as an administrator were memorable moments for me.

07:44 Watching a children really develop and attracting new children. As we moved into different neighborhoods. Those were highlights of my time. Might you give to yourself today or Sue.

08:01 Someone currently seeking to sounds and established a Waldorf School.

08:08 Oh, I you know, I thought about that. That's that's very interesting. I don't know. I think when you Pioneer School, you you do it on the other night. I'd say they're in the 70s and 80s where we saw really, the largest growth spurt in Waldorf education in North America. It wasn't as large. So sometimes I put it that the stakes are a little bit higher now. So people are more visible. I think we were allowed to

08:39 Make our mistakes in and grow in a way, that's different than people can do now. So, I think, if I were, if I were doing it now, I think I would have to be a little more thoughtful than I was, when I was 25. I think when people are pioneering things they do it face down and Susie as him, so, I'm not sure if I would do anything different than we did then in a new school. Although that might not be the right thing to say. It's hard to tell Pioneers to do anything different than, you know. In part of the I don't know if this is part of the definition of a Pioneer, but it in my mind it is, it is that enthusiasm is that? Just no one can talk you out of it. No one can reason you ask.

09:29 You know, whether you're a Pioneer in your moving across the country or your Pioneer, in your starting, something brand-new. It is. Not about reason incense. It's about vision and it says yes, absolutely. Yes. I think that that still holds true in a did one when the high school begin to a 1990. I think there was so much enthusiasm about it that I tell the story about I would probably sacrifice my own children with the high school because we get a feasibility study. Do we want a new building or do we want to high school? And I wanted a new building and I would have sent my boys to another school to get that building. But the community wanted the high school and that's what happened. And it was fine. It was great. But at the time, I, you know, I had a few of us had a different idea about what what we wanted to do. So that enthusiasm also really throw the beginning of the high school as well. Chicago has Chicago Waldorf School, I think has grown really subtle.

10:29 Over the years and I think a lot of it has to do with the strong foundation of the teachers that were involved in that time with their Atlanta's Hospital foundation. In many of the teachers that were at the founding of the school. Where are now in different places. Ron Richardson who has passed away. Was a very important part of the beginning of the school Barbara Richardson is now living in Maine, Francis said he will do is still involved with the association work. Out of felt played a big role at the at the school and she said, Green Meadow right now. So Michael Holdrege was still there. So there are a lot of people who were involved in the pioneering of the school. I was just one of them. Probably was the most consistent person. And at the school in 1976 to 2:03. When I left to go to Hawaii.

11:16 But there were many, many people involved in the

11:21 The foundation and the girls and what I consider. Now a very healthy school and I haven't visited that one. I'd like to see the new the new campus in the new building while. 2020 is hosting the conference there.