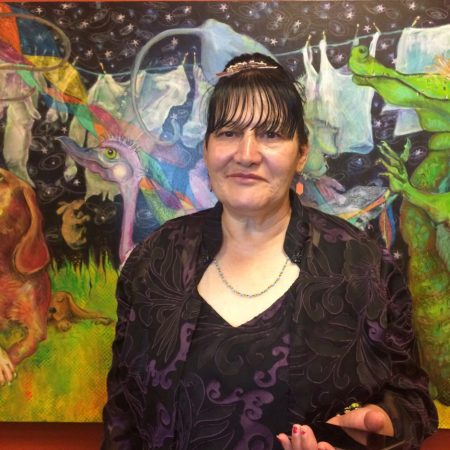 This podcast is about a woman named Lora Hernandez. She was born in Playa Mallorca, Spain. She came to the United States with her parents when she was eight years old. Her dad was a sargent and her mom also worked in the Navy. They went from Spain to Miami Florida to San Diego California. Her mother passed away in the Navy in San Diego CA. Later on her and her dad moved to Aurora Colorado to come live with her uncles. Her dad remarried. Lora had two siblings, one brother and one sister. Her siblings didn’t like living in Aurora CO so they moved to Juarez Mexico, Close to El Paso Texas.

She talks about the difference between schools in the United States and Spain. The most cultural shock she experienced was the language. Later on in her life when she was 18 she moved back to Spain and stayed over there for a year. When a girl in Spain turns 19 they celebrate it similar to how Mexican families celebrate Quinceanera, a girl’s passage into womanhood. It is celebrated with lots of food and a big family gathering. She eventually moved back to Aurora and is now a permanent resident. In 1996 she applied for her citizenship and to this day she hasn’t heard anything about it because she moved apartments and they lost contact with her. Lora married to a man much older than herself. She never had kids and later she divorced him and left him everything, including their house and started over. For more on Lora’s immigration and life story, please listen to this podcast episode.