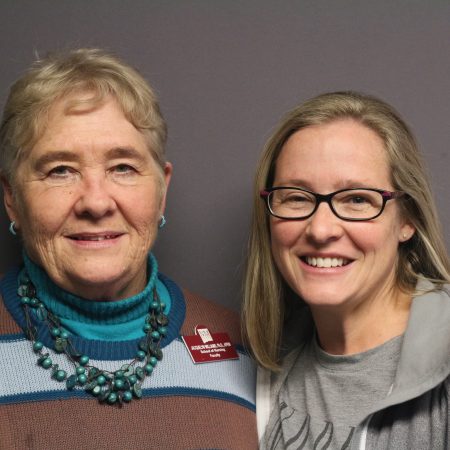 Dr. Jacquelyn Williams (69) speaks with her daughter Katrina Graham (43) remembering the life of husband and father Gary Williams, his career as an Army pilot in the Vietnam War, marriage, fatherhood, and retirement.

0:35
KG asks JW about the life of her father Gary, who passed away 15 years prior to the recording. JW recalls attending college in 1968, the assassination of JFK, and Civil Rights unrest. JW speaks about KG's father having a rough childhood before joining the Navy young and being drafted into the Army and going to flight school.
4:00
JW recalls meeting KG's father while he was a flight school officer, at an officer's ball. JW remembers dating, phone calls, and getting married before her husband was sent back to Vietnam.
7:50
JW remembers her father reacting to her engagement, and his concern for his future son-in-law going to Vietnam. JW speaks about one of Gary's crashes as a pilot that brought him home from Vietnam, and how the fearless attitudes of young soldiers in Vietnam was a reflection of their grasp of mortality.
12:00
JW speaks about Gary's friends, and other Vietnam veterans who returned alone. They discuss Vietnam veterans struggling with PTSD even before the VA could offer services. JW recalls Gary's diagnosis with PTSD and childhood trauma, and how the VA became a better resource for healing in the later years.
16:30
KG remembers her father's reluctance to speak about his experiences in Vietnam. JW recalls Gary only speaking with humor or optimism about his memories, his gratitude of having survived, and his stories of only having sleep as an escape while in Vietnam.
20:00
KG asks JW about her father being called back to Vietnam after starting his family. They reflect on Gary's love of service and flying, and remember another crash incident he was involved in. They remember Gary's reluctance to retire.
25:00
KG remembers her father raising her and her siblings, and his parenting style leading to butting heads in the teen years. JW talks about Gary's career and struggles outside of the regiment of the military.
28:30
JW recalls Gary enjoying retirement and becoming involved with his family and the church. JW mentions only knowing Gary after his first tour of duty in Vietnam. They discuss Gary's role as a peer mentor, and meeting his former friends at reunions.
32:00
KG speaks about learning more of her father's history in stories online and from his siblings, and thinking of how she communicates with her own kids. They discuss keeping journals.
39:10
JW recalls her first military gala, where she met Gary, and speaks about the way "in war time, love accelerates." JW remembers not initially liking him, but spending the day with him after that first date.