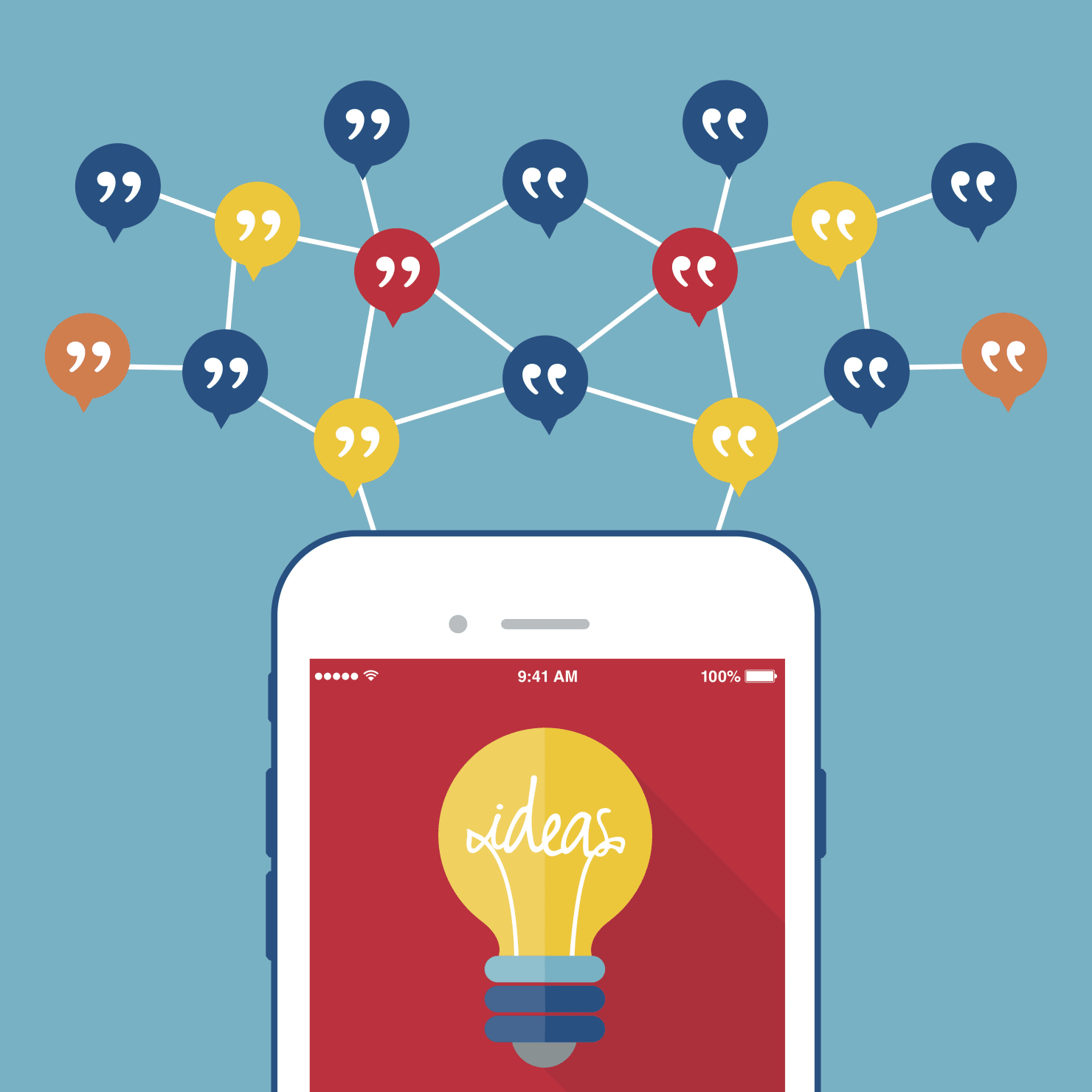 Kim Doolan (58) and Pat Stanley [no age given] discuss Pat's upbringing and her role in the Leagues of Women Voter's of Midland and Tyler, Texas.

00:19 And what and Pat Stanley and I am an old woman, but it's okay and share some stories for lovely organization, which I did not know. Thank you.

00:44 Can we can go ahead or how are you all planning on starting?

00:53 Sorry Courtney. I move to the Midland, Texas in 1996. And I have lived in towns and cities before but I found that Midland was neither quite one nor the other so I wanted to understand it better and my stepmother who was born British had a local League of Women Voters in Bath, Maine and she recommended that I look into a lake in my area. That's when I first met Pat Stanley who has served just about every office on the local board of directors and some of them to the three or four times even

02:05 The league is a Civic organization and it was formed to help women take a larger role in public affairs after they wanted the right to vote. Once the Nineteenth Amendment to the Constitution was ratified in 1920. And in 1973. The charter was modified to include men and now the league operates at the local state and National levels. The league is officially a nonpartisan organization meaning it neither supports or opposes candidates or parties. However, we do support a variety of public policy positions including voters, right and paying Finance universal healthcare and environmental record relations. So having said all of that, I'd like to start asking you about yourself Pat. Could you tell me where did you grow up in Tulsa, Oklahoma and move to Dallas When I Was Eighteen with my family and went to SMU.

03:05 Girl got married and what did your parents do my mom and dad were both attorneys and my mother did not work after she had children, but she did a lot of good things in the community of Tulsa. Especially one thing. I remember was there was no place for the young black children to go if they got in trouble with the law. They were just put in with whoever was in jail, and she work really hard to see that there was a home built and provided for the young people who were did not need to be in a jail. I needed help and they needed so if I remember going to the dedication of that and it was very impressive and

04:00 I was just you know part of growing up and you just don't realize what other people's lives are like it was if it's great. So I have two brothers one is no longer living but I've had a wonderful long life and I just happy to be wherever I am good. And who did you marry? And how did you tell her our families were friends? I hadn't met him until later. And so it was nice like an arranged marriage for 61 years.

04:50 Two sisters were geologist. They all they all went to UT but his dad went to Stanford and was where his father actually. So there's a lot of nice things, you know in the following the line of all of these people and when did you first join a 58 in Tyler? We had just been married and we move to Tyler and the reason I joined was my friend that I had just met living in close neighbors. She said I need a voter service chair and I said what she said come on. So the first meeting I went to was a board meeting.

05:37 Perfectly silly. But if it was a good way to get yourself into that league and realize first of all how important registration is, but secondly how sad that we had to collect the poll tax, which the league was supposed to for sometime anytime in the years, I think but anyway it it was good and I heard was transferred to Midland in 1961 with Atlantic and later Atlantic Richfield.

06:13 But that's where all of our children grew up and friends and you know, if it's been great and tax was still reading. Yes, but you know, that was the only thing that amendment to the Constitution was for

06:44 The national elections did not say that attacks could not be helped held in United States. So, of course, Texas and a couple of others took a couple years before they said oh, oh, oh, okay, so I don't know the dates on that but I just know that the league had been lobbying for very long time to remove the poll tax in what I remember. The first time was $2.50. But if that time 1958, they were probably a lot of people that that was too much for some later. I saw where a dollar 75, but I don't know exactly why that was you know,

07:44 The difference but anyway, so if we registered voters we had to collect the full text so that they would be legally but you was outrageous, but that's what we did because we had to end it was awkward to collect from being absolutely in that recipe Point. Obviously their husbands. I don't know any women that well, thank you for working against that and your own it. Just had to be hard to be against.

08:40 And then you move to Midland and I had heard that for some of the meetings. You actually brought some of your children because you were a young mother and you just wanted to get on with things. You know, our first child was born actually in Tyler, but she was the baby when we came here and so my other three were born in Midland and they just put up with whatever mom was doing it was okay. They were never really good good kids. I know a lot of times you've helped us coordinate forums. And I think that's one of the things that the league is best known for our voter for him and sometimes a different selection Forums on whatever topic is going to be decided through an election and Karen Nicholson who used to serve on the Midland board and then she went to the state and the national for its she told me a funny story.

09:40 About a forum in Greenwood Texas the whole forum and people were starting to drift off and have conversations in the audience and they just weren't paying attention. So you grab their attention by saying the next topic we're going to talk about is sex education and apparently that wasn't actually a topic.

10:38 We're trying to address topics of inequality by educating local Citizens. We're stepping forward and telling people wake up pay attention get educated in devoting. Don't just go boat educated. So I guess that's that was our attitude and it seemed to work. Alright, you know, we just

11:13 We got a lot of cooperation from the newspaper for four years and years and years. They have supported us. They've printed are voters guys for us both state and local in bed.

11:29 Cooperated so many ways that you know sending Tim Fisher to take pictures at our luncheon that we would have honoring what other people in the community. I thinks like that. We really do appreciate it. And I Midland Reporter Telegram. And as you said we feature somebody in the community has been significant to our local area. And then again we have often and we often have discussion groups about topics about public housing we've had Representatives.

12:33 Canon person wouldn't really hard for everybody. So we're dancing but if the time is it it's always nice to attract new members and I know at least once a year, we have a membership drive and then we hoped also through our forums that we pick up people and it's pretty easy to join the league isn't it website of the state and National?

13:27 Yeah, but when you mention Karen Nicholson, she was also locally president and then she was the State Board president. And then that's when she went to the national board in the next national board is in Washington DC but they gather their board distance anyone else but you know paying attention to what's going on and what needs to be done. I guess that's the whole point. Yes. Yes in different places and you've been to several of them and do you like going to discuss the various topics that the least studying?

14:21 But like I told you didn't I about the first when I went to tell me again, it was on the border in McAllen or whatever build communities there and our president Katie Linehan. It was a very prominent Midland woman. She got a bus and we I don't know how her put up with this but I left him with a couple of babies and rode the bus down that long distance and then there was so many

15:09 Tired of it versus paying attention to the studies and the working hard but we had they had done basically about the league based on pajama game. We had several wonderful performers, but rest of us were just mothers or you know, whatever so course, we got a standing ovation fake, but we did several of the songs in grease that helps you feel like well, okay, we can do it in the butt.

16:06 That's what everything in the league is. Well done. Pretty much. Yes. I think they appreciate you know what they know. We're completely non-partisan. And so it makes them I think feel comfortable to come and express their thoughts and forms are well structured State and League international format that we are always people know what to expect when the league is presented. Thank you very much more about the league.

17:09 That will Texas was good. We were one of the states that ratified the right for women to vote a year before you wonderful, you know that it takes us would have been but I think it's a long you have to look at the people who settled this country this country meaning not the whole country, but that settled Texas kind of it. All of them.

17:46 The men and the women worked hard together to make what we are now, I mean it didn't just happen. The large communities middle is big enough, but it's still you know, it is a particular kind of person male or female to come in the early days when Texas was just beginning to be settled. There's something good about that ever since my first board meetings always been so welcoming. Wonderful.