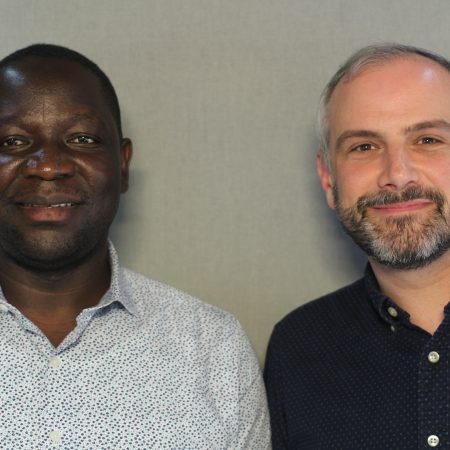 Jason Crislip (42) interviews his friend, Augustin Ntabaganyiama (39), about his life in Rwanda and the Democratic Republic of Congo, being a refugee in the United States, his road to becoming a State Refugee Coordinator, and the people who helped him along the way.

02:25
AN on the happiest moment in his life, the birth of his son.
03:09
AN describes the saddest moment in his life, seeing relatives being killed during genocide in Rwanda.
06:05
AN talks about several people who were kind to him, throughout his journey in the US and Rwanda.
11:15
AN shares lessons he learned in life about the importance of reaction to events.
13:50
AN describes fond early childhood memories with his brother.
17:28
AN describes feeling alone in a jail in the Democratic Republic of Congo.
19:12
AN reflects on the people who have helped him and how he wants to do the same for others.
21:08
AN describes coming the US for the first time.
24:32
AN describes learning that people can want to help others, and wanting to do the same for others.
29:00
AN recalls getting into his line of work as a State Refugee Coordinator.
34:06
AN remembers wanting to follow his brother's footsteps as a principal, but that with the war, life became about survival.