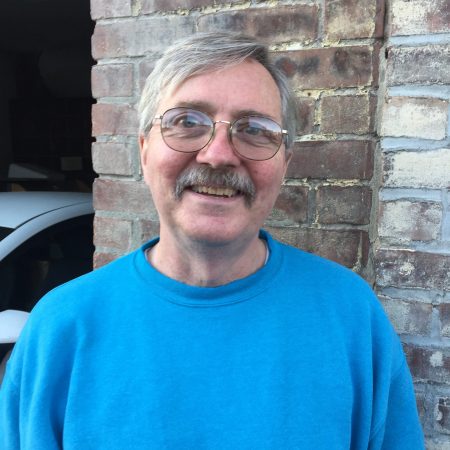 “I figured I would get old, tweedy and sit in an old chair and read every day.”

Richard grew up in a tight-knit family that dominated the hamlet of Veteran and made it possible for his mother to raise five children on her own. He recalls the freedom and wild abandon of running through the fields behind the homes. “We were like a pack of wild animals, “ he says. Well, a pack of wild animals with an inordinate amount of fraternal twins.

Richard takes us through joining the Lather’s Union in New York City, selling magazines door to door cross country, and the return to Ulster County, where he managed Woodstock Nursery carrying heritage plants and catering to rock stars before deciding to buy a bookstore - it might be just what he needed. He traded romance pulp for science and philosophy books and never looked back.

Tales about the early days of internet commerce and how a customer inadvertently turned him into an expert and consultant for beta IBM retail systems. Richard was the first to bring published New York history online making his future look more binary than tweedy.

In the second half of the interview, Richard discusses the impact of the closure of the Kingston IBM facility in the region, and again, how one of his customers influenced another pivotal change. That directly led to his yearly gastronomic tours of Spain…and the disaster that occurred the first day he actually left the shop for the first time to take that first excursion. As the head of the Historic Review Board, he worked hard to protect the village downtown business district, but he has concerns about the future of the Saugerties.