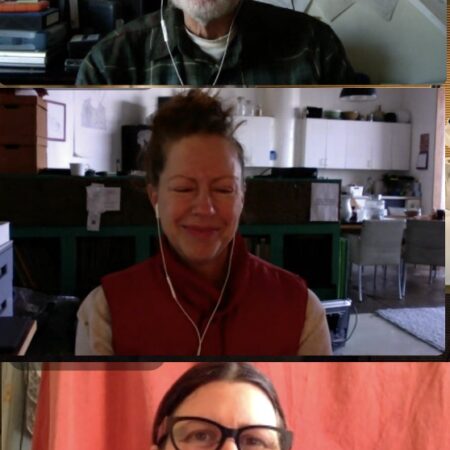 Josephine Schiele (53) and Katy Downey (50) talk with their father, Skip Schiel (80), about what led him to move to Boston in the 1960s, his activism during the Vietnam War, his interest in cooperative living, and his work as a photographer and filmmaker.