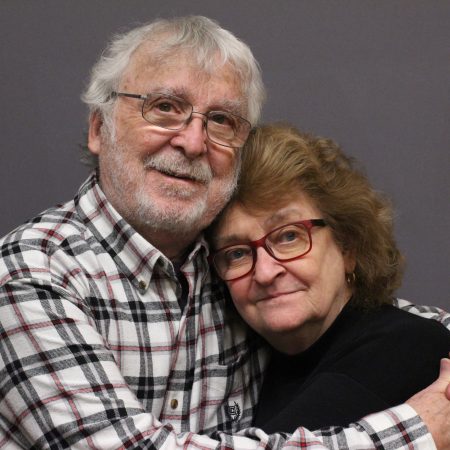 Ted and Marcia Johnson have been married almost as long as they've been a part of the Old Town School community. They met at an early 1960s anniversary concert for the Old Town School, where Marcia had been taking guitar lessons. Ted was the second teacher at the school in 1957, after co-founder Frank Hamilton--and today he takes fiddles classes there. In this conversation recorded at the school on March 22nd, 2017, they talk about their memories of the origins and early years of the school, the Chicago folk music community, and their experiences in Sacred Harp singing to this day. Go to www.oldtownschool.org/StoryCorps to hear selected excerpts from this and many more interviews collected as part of the StoryCorps-Old Town School partnership.