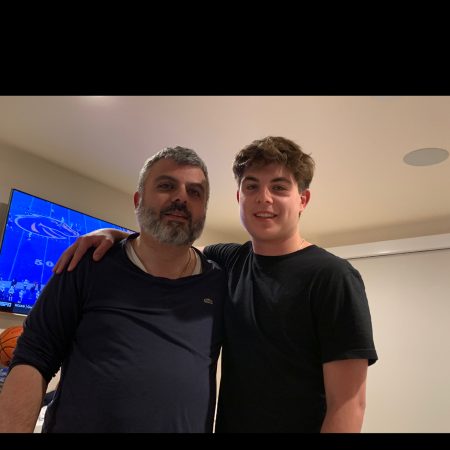 The Boat To a New Cluture

On November 24th in Los Angeles California, 14-year-old Jason Marounian interviewed his dad, Arthur Marounian. Arthur Marounian was an immigrant from Lebanon. He came to America because of the civil war in 1983. When Arthur was a kid he played many games with his neighbors in Lebanon like soccer and they also invented their own games. In America, Arthur was very close to his family because he did not have many friends which was due to his poor English and lack of self-confidence. The biggest influence in Arthur’s life was his grandfather, Misak, also known as Jedo. He shared some of the traits of his grandfather in the interview. Arthur also shares some of the most valuable lessons that his work life has taught him. At 14 seconds Arthur Marounian talks about his childhood in Lebanon. Jason wanted to interview his father because he always told him stories of when he was immigrating to America and Jason wanted to learn more.