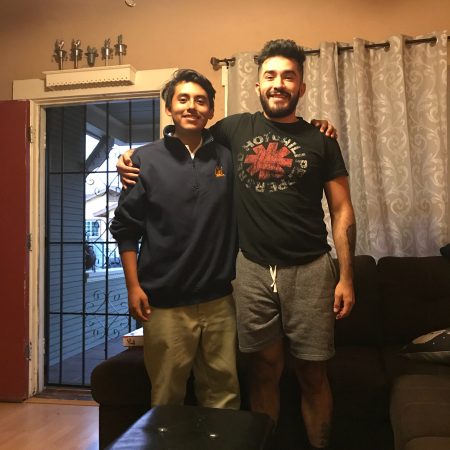 The Virtue of Hard Word

The Virtue of Hard Work is an interview with Steven Quintanilla conducted by his cousin, 14-year-old Angel Santiago in Panorama City November 10th, 2017. Steven Quintanilla is a 23-year-old father to his newborn son who attends Los Angeles Community College, and while providing for his family Steven can find time to be able to focus on his passions outside of his family. Steven expressed that when he was growing up, he was thankful to have such a great family as they have taught him the virtue of hard work, and how it bonds his family. Steven sees that due to the work ethic of both their parents, have been able to provide a fantastic life for their children, even if they are immigrants. They’ve gone through the troubles of getting to the U.S.A and establishing themselves where they accomplished the dream of giving their children a better life. And in Steven Quintanilla's words, "My son's everything to me... it's all about paying it forward and being humble, and it takes a lot of work t