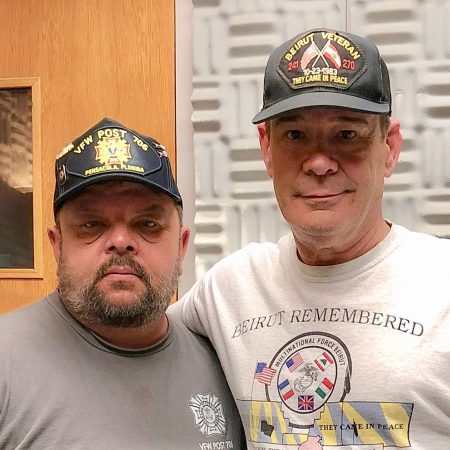 ‘We Don’t Talk About it Much’: Remembering the 241 U.S. Service Members Lost During the Beirut Bombing of 1983

James Edward Brown is one of the survivors of the Beirut Bombing.

On October 23, 1983, 241 U.S. service members were killed in the terrorist attack on Marine barracks in Beirut during the Lebanese Civil War. It was the largest single-day loss of life for the Marines since World War II, and the deadliest terror attack on American citizens prior to September 11, 2001.

Navy hospital corpsman Brown was 200 yards away from the barracks when the bomb detonated.

He came to StoryCorps in Pensacola with his friend and fellow Beirut veteran, Mike Cline, to remember the day of the attack.

In 2018, on the 35th anniversary of the bombing, Ed Brown walked 24.1 miles per day for a month to remember the 241 service members lost in the bombing.