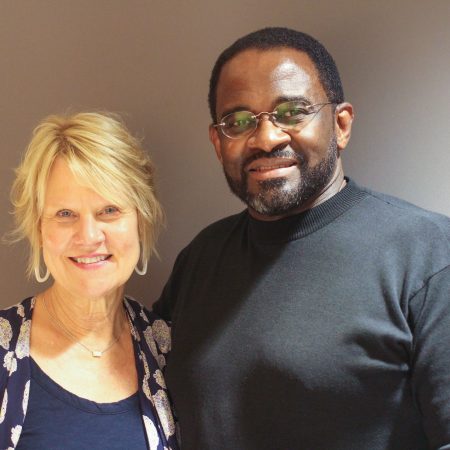 "We Missed Knowing Each Other:" 50 Years After Desegregation, Two Classmates Remember

On October 29, 1969, the Supreme Court ordered schools across the country to desegregate, in the little-known but milestone case Alexander v. Holmes. It was 15 years after schools had resisted Brown v. Board of Education, and most black students in the South still attended all-black schools.

Eli Brown and Natalie Guice Adams met in third grade, when their school in Winnsboro, Louisiana first integrated. Brown is black, and Adams is white. As two of the top students, their lives were academically intertwined through elementary and high school, yet deeply separate.

Adams and Brown would go on to become co-valedictorians of the Winnsboro High School class of 1980. Today, Brown is an OBGYN in Birmingham, Alabama, and Adams is a professor at the University of Alabama. At StoryCorps, they sat down to remember life after integration for the first time.