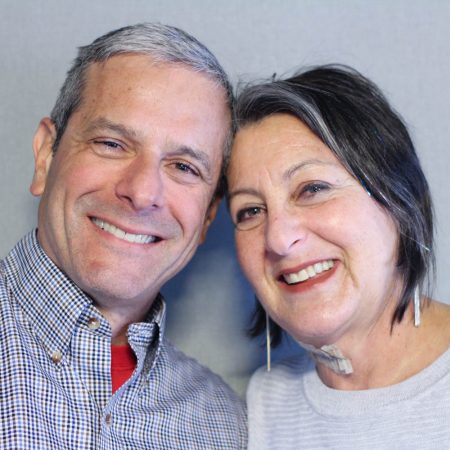 "We Were Lucky": Life Philosophy Learned After Loss

Abe and Esther Schuster grew up children of Holocaust survivors. Their father, Judel, lost his parents and sister in the Sarny ghetto. Pauline, their mother, lost her entire family — they were murdered during the Nazi occupation of Uman, then part of the Soviet Union.

Pauline and Judel met in Stalingrad and married there in 1945, shortly before they entered a displaced persons camp in Italy. Four years later, they left Europe and arrived by boat in New York to begin a new life.

At StoryCorps, Abe and Esther sat down to remember their parents’ philosophy of life. And as Abe’s high school math teacher would learn, that didn’t always mean following the rules.