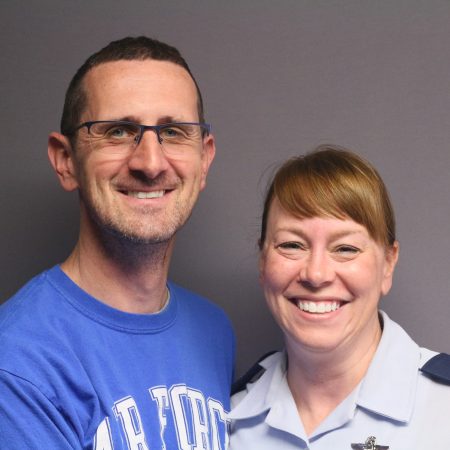 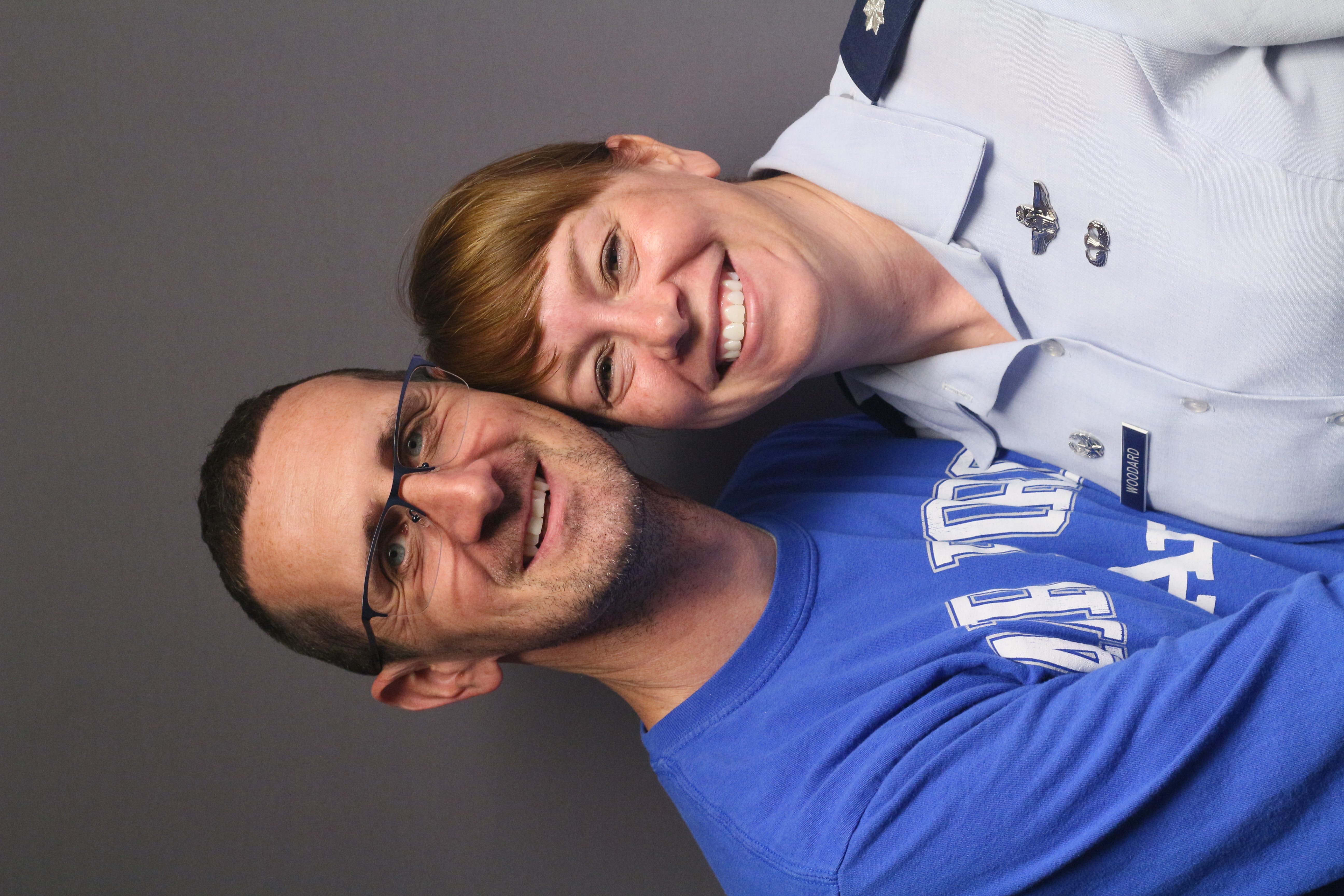 Wendy Woodard (44) speaks with her husband Scott Woodard (41) about her childhood dream of becoming a pilot, her Air Force career, and her experiences with both challenges and growth in the military.

0:45
WW speaks about where she was stationed, and SW asks WW to speak about challenges. WW talks about growing up in Los Alamos, NM, and her first time in life struggling with education during engineering classes at the Air Force Academy.
4:05
WW talks about Air Force Pilot Training as “the most confidence destroying year” of her life. WW shares the story of her sole incident dealing with gender-based discrimination over a 23-year career.
8:15
WW shares early memories of wanting to either be a pilot or a Dallas Cowboys Cheerleader, and recalls her parents’ support. WW also speaks about an influential high school teacher, and SW expresses admiration for WW.
12:50
WW talks about other women in leadership who inspire her. WW compares the military today to how it looked when she joined, and talks about the changes she has seen in inclusivity.
15:45
SW and WW speak about the possibility of pilots being replaced by automation, and WW explains why human pilots are both the strongest and weakest points of an airplane.
17:00
WW shares her advice for women considering a military path, and shares how it is a different experience than a civilian career for women.
20:00
WW mentions a “detour” in her career, when she took a break to become an esthetician and work in a salon in order to get to know herself better. WW speaks about her one regret: not joining her high school field hockey team.
22:35
WW speaks about her experience and growth with help from others, and shares how this career has allowed her to be herself. WW talks about each base and job in her career has been different.
25:00
WW and SW speak about parenthood. WW recalls not wanting children, and the idea that juggling a family and career are like “golden handcuffs.” WW talks about how parenting has changed her leadership style, and mentions her work with young cadets and ROTC students.
29:50
WW speaks about becoming colonel select and her plans for retirement. SW speaks about buying jet skis in retirement, and what their future holds.