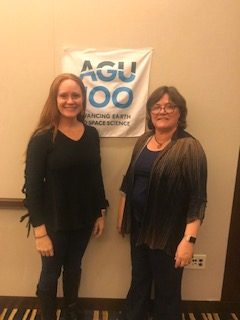 What’s My Motivation, Said Neither of These Two Ever. An interview with Lucy Jones and Wendy Bohon

Seismologist Lucy Jones gained recognition for doing a TV interview following the 1992 Joshua Tree earthquake while holding her sleeping infant son. Long before that, she became one of the first American scientists to enter China after it’s normalization in the late 70s. Because of her long career of public advocacy, she founded a mission-based organization in 2016 to help science better drive the public discourse. Here, she sits down with a former student and now fellow science communications advocate Wendy Bohon, who originally wanted to be an actor. She even has the former LA residency to prove it. Both women contemplate the future of science as it relates to public safety. (Recorded 13 December 2018)