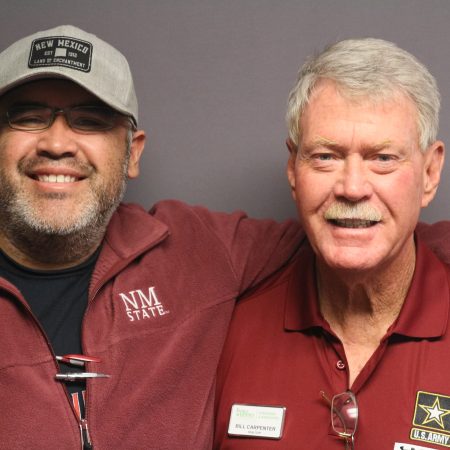 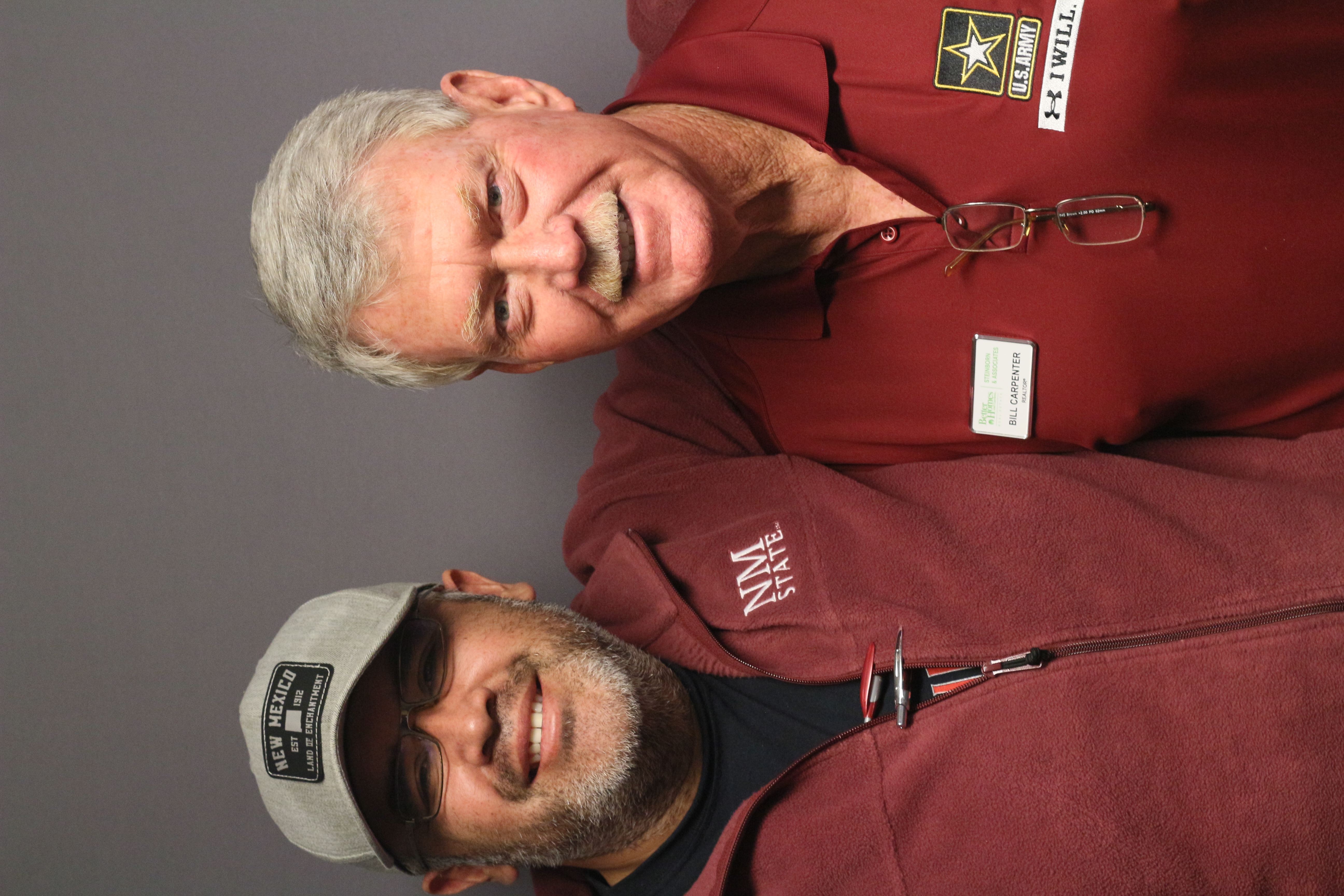 Billy Carpenter (72) is interviewed by his co-worker Steve Montanez (39) about his 32-year long career in the US Army Reserves.

1:40
BC speaks about growing up in Artesia, NM, and his family's military history. SM and BC discuss the rivalry between the high schools they attended. BC recalls graduating in 1966, going to college, and having his draft deferment overturned.
7:20
BC remembers his father advising him to pursue a military career that would still be useful after war time. BC joined the Army Reserves as a typist, and remembers being bullied in basic training for being the most serious rule-follower in his unit.
12:30
BC recalls being promoted to Trainee Platoon Sergeant, marching troops, and leading troops of all backgrounds. BC speaks about being disciplined leading his unit a few times.
21:45
BC reflects on having 32 years of service under his belt, notes promotions in his career, and remembers training to work in a petroleum lab, and "riot control" training.
26:20
BC speaks about the military budgets shrinking under President Jimmy Carter, and President Ronald Reagan "putting the tooth back in the military" afterwards. BC talks about going overseas to Korea and Germany on active training missions.
31:35
BC talks about finding himself in the Army, and the motto "be all you want to be." BC speaks about meeting his wife in the Army Reserve, retiring, and why he would join the Air Force if he had the chance to do it again. BC speaks about the impact the military draft had on shaping young folks.