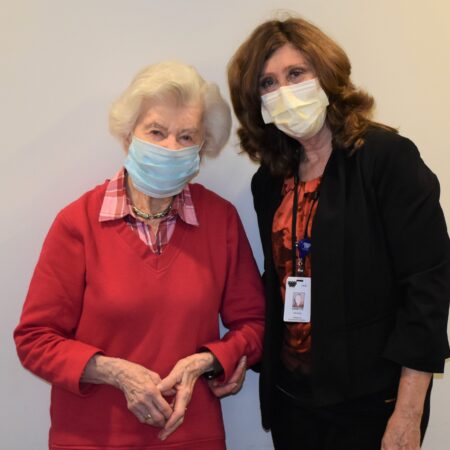 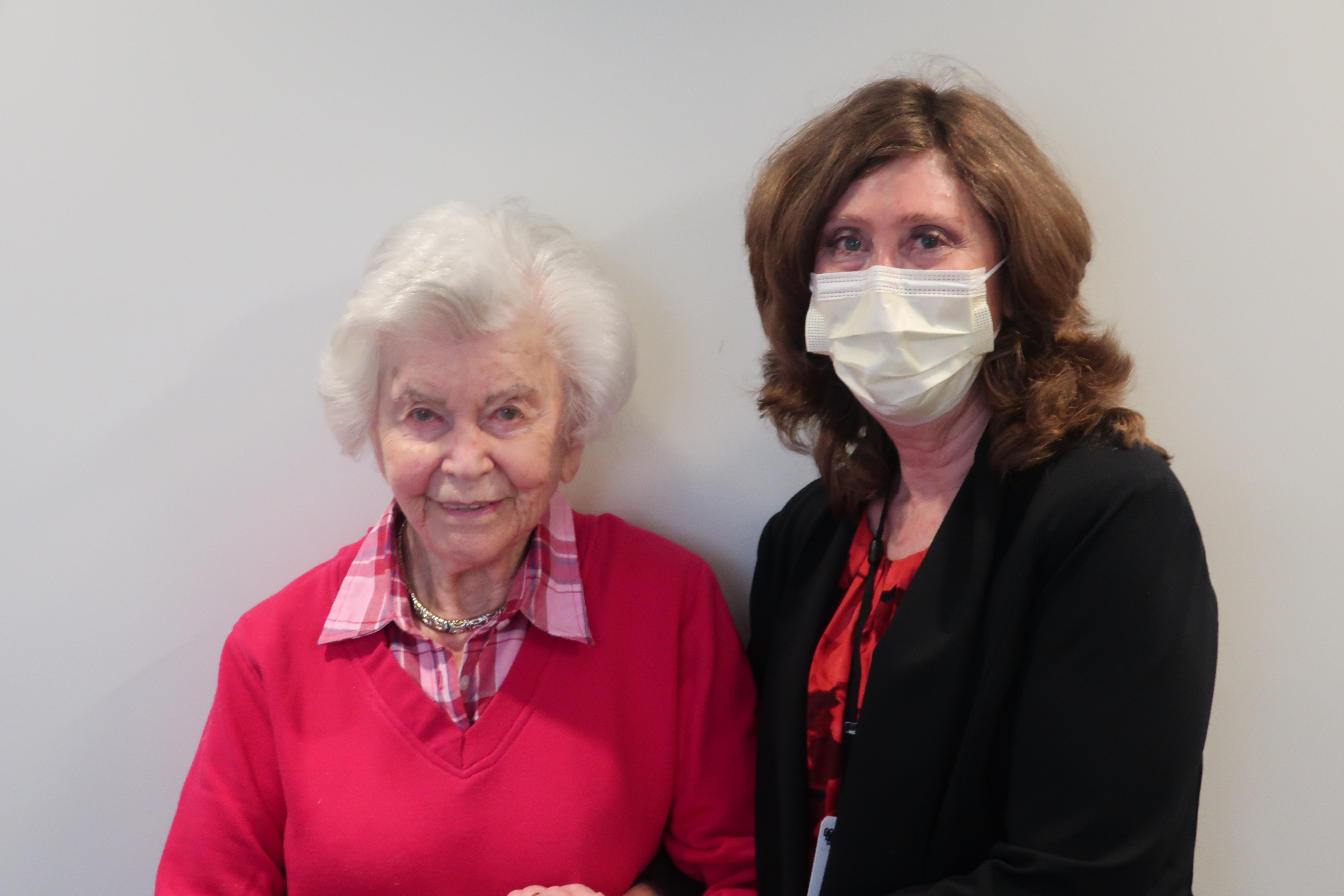 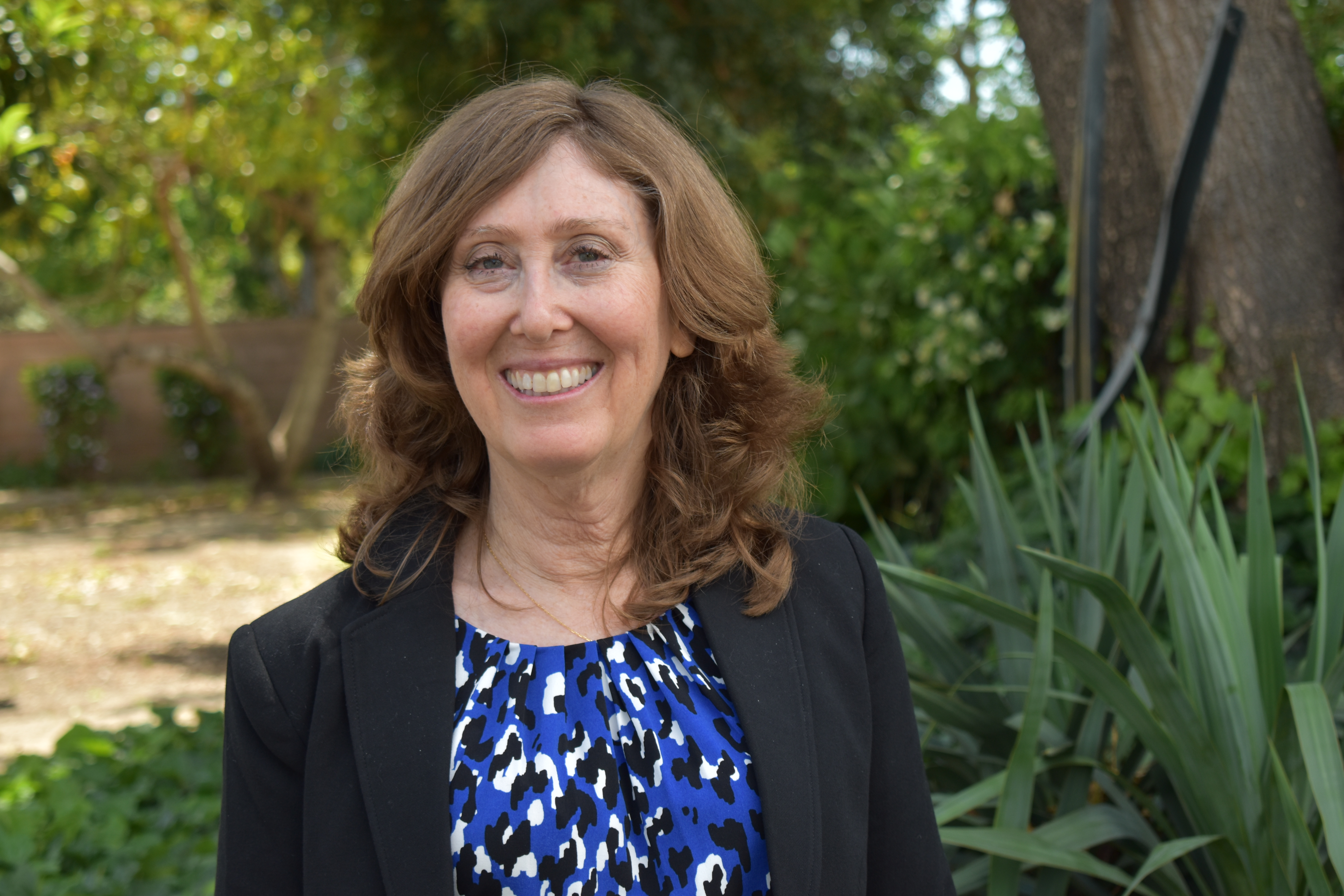 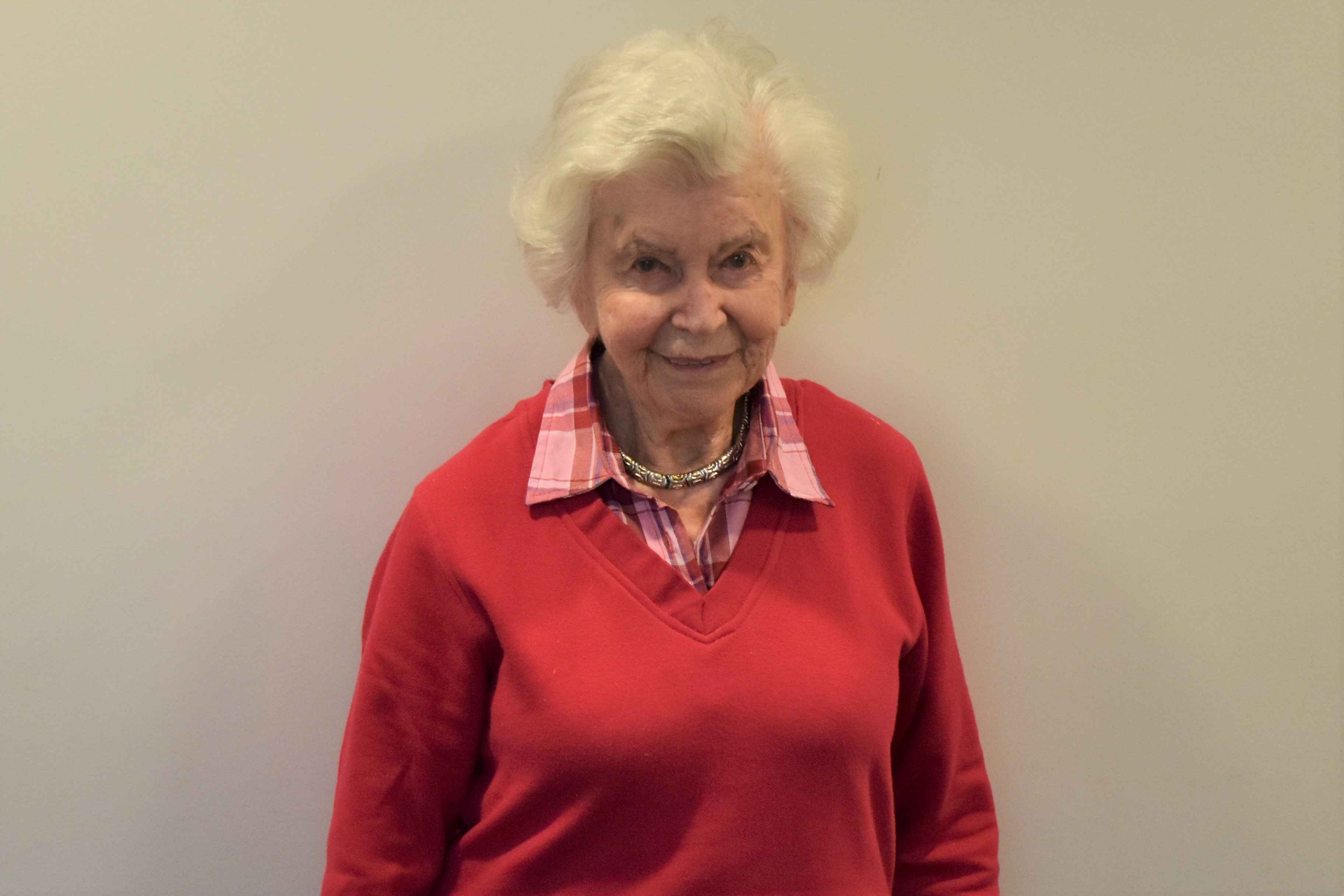 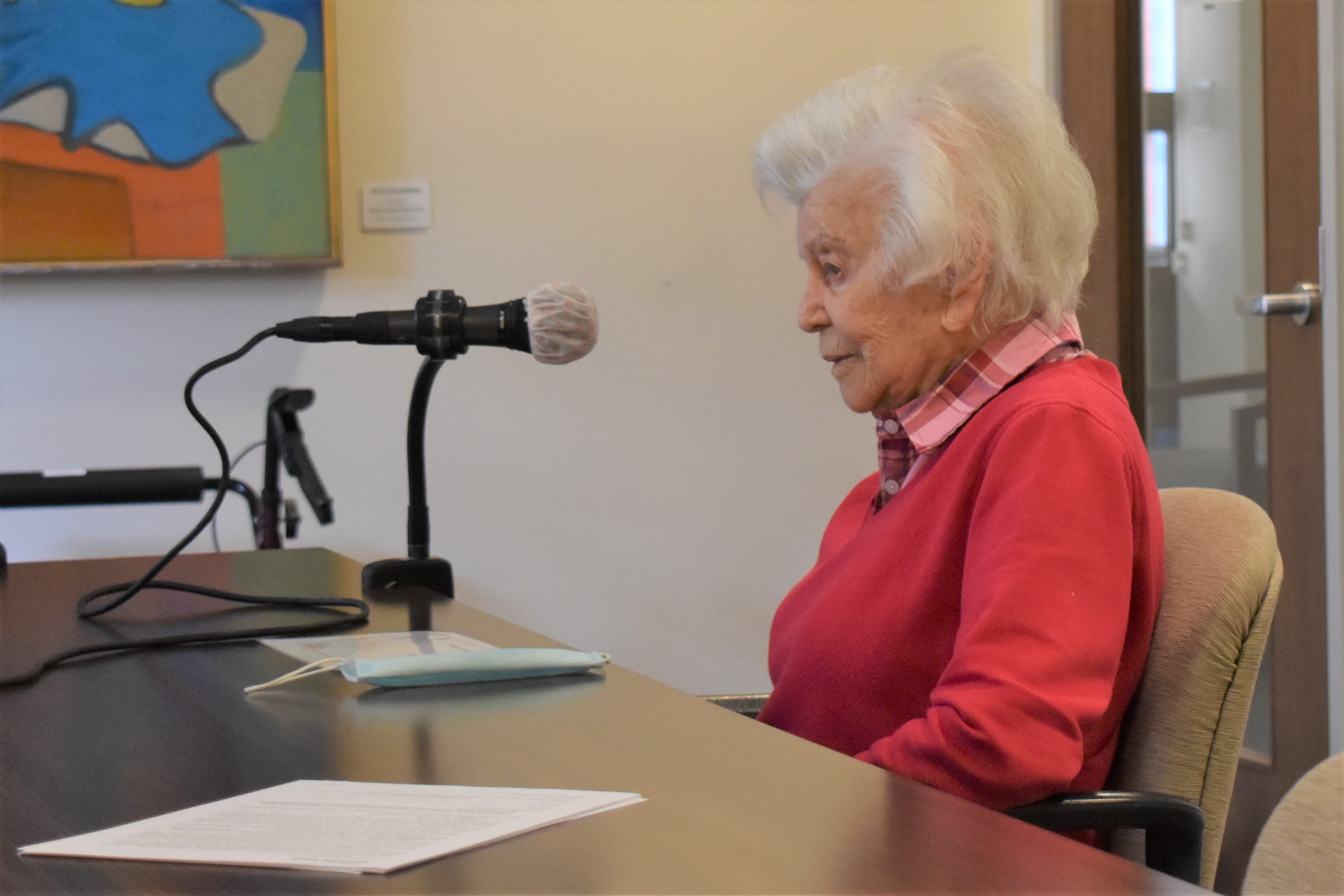 Caroline, 98, sat down with Annette to share her story about surviving the Holocaust. She was 13 when Hitler came into power. Looking for a way out, she was one of 300 who were allowed to go to Palestine, because she could speak and read Hebrew. Her father, mother, and brother were not allowed to go. Her father had been a soldier so he was not forced into a camp and later died of natural causes. Her mother and brother were sent to a concentration camp in Riga and were killed in the gas chambers. Caroline married at 15 so she could stay in Palestine, and they immigrated to the U.S. at 20 and is still married to him today.