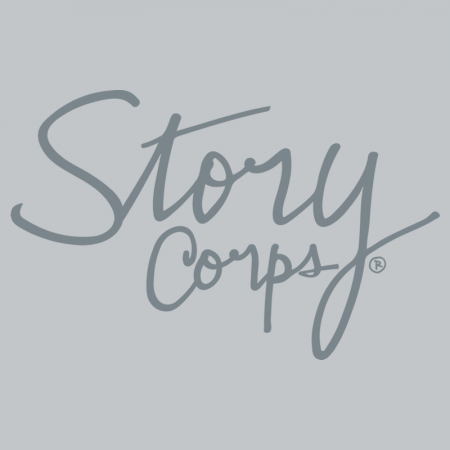 Joyce Frye, resident of Morrison Village (2503 Old Mobile Ave, Pascagoula, MS 39567) is interviewed by Reba Brown, Library Assistant 1 from Singing River Genealogy-Local History Library on Thursday, May 16, 2019. Ms. Frye discusses her pets, why she moved from Pennsylvania in 2009 to the Mississippi Gulf coast, her family, and her father's workplace.

00:15 We have to talk about animal stories to mentioning that my family dates, back to the Conestoga wagon and Studebakers. And I also have many animals stories.

00:50 Every time we go to visit my grandmother and may cat would take off.

00:57 And we never saw the catch the whole summer and my grandparents would come and visit for like it. A visit up north to us.

01:09 Be there in October or November and the day that my grandparents are coming to visit the catfish show, back up and spend the whole rest of the year was that we had a family and went to visit because it was different. People were there during the summer months. They had vacation hunt in the city of Pittsburgh, PA.

02:05 Skip-Bo game here. Okay, and I start playing with them since I moved in and Daya.

02:57 Brother and his family was well, his wife is from this area. OK. And so they were living down here. When he be near my brother and sister-in-law and my nephew. My nephew nephews are a big part of my life. I've been down here for 10 years almost.

03:44 He works for a motor repair company, electric motor repair company. I worked on these huge Motors, a train or on a boat in to see the shop where he was working at. Now at that time and it was a motor, they were working on and I was able to crawl inside of it. It was standing up this high.

04:41 Before he passed away, he works there from

04:53 In 2009 and was instrumental in getting that place started back up. It was the first employee hired by the boss.

05:08 They had some place that he had the same place. He worked for before hand was in the same building, is his boss there. His name is Joe quickly on that. The company does last year's that my dad was alive. He bought the place in 93 after it. Went bankrupt in May 93.

05:31 And then so summer like August 93, my dad went in and started helping open place back up in that and

05:54 When he was sick with pancreatic cancer, when he first got the diagnosis and was doing chemo and radiation. They the boss paid him for a 40 hour work week so that they had their health insurance coverage and then my dad just bought, you know, he put in some overtime, you know, afterwards, any other time you work, but of course, he had a lot of work. A lot of people would request my dad because, you know, he was a good worker. Are you knew what he was doing that? Well, it was March 2009.

06:33 Well, it's weird. It was the year before my guests are having stomach issues and that went on for about a year and they were trying to figure out what was filing. A figured out. My dad had a sickening of the duodenum.

06:51 As stomach, which is where the stomach empties into the attempt, on what they had to do, is they had to take to do a DM out and reattach stomach to the adjuster.

07:16 My dad kisses surgery. Okay, but come to find out somehow.

07:23 His intestines hurt after the surgery. And the next weekend. We almost lost them. They went back in and took out the Dead.

07:38 Intestines hook them up to the closet to me that he never got off the respirator.

07:44 He was on and had Mercer and pneumonia. So he died. He got hit with triple-double boatloads and plus we found out to when they did surgery on his stomach that he has cirrhosis of the liver, which we think was from the chemo and radiation.

08:23 At the end of April, they said to me last night that they couldn't, the doctor said they couldn't do anything at all during this time.

08:55 When we found out that the doctor said that they couldn't do anything more for him and transferred him from Pittsburgh, PA to Erie, PA. And we have feeling for an Oklahoma and Arizona in Somerset, PA and New York at the time.

09:15 And they had told us the doctor said, told us bring his family in.

09:23 Let them know that he's not going to make it until he was in a nursing home because we couldn't take care of them because of being on the respirator.

09:37 Bossman paid for, I think. At one time we had four or five sweet and a good Motel up there.

09:47 And I know we were there for like, three weeks, three, four weeks that he paid for about three weeks. He paid for this week. We have like four of them, and they were good.

10:02 I'm a nice size rooms and it had meals every night as a weekday and really help you pay for the funeral and the burial, are there, you know, the cost of taking care of the body and all that.

10:28 Fairview, Pennsylvania, I don't know where he's at now, but I really Pennsylvania Electric Motor Service.

11:19 The same weekend that the weekend after my dad had his surgery and that he was in for the one we almost lost them while we were done in Pittsburgh. Now to head toward us, while we don't know if he was going to make it through that time. When he perforated his

11:42 Cats times and they told us let his family know, you know, it's a my uncle was in, Arizona.

11:53 And he while he was there, that weekend, his granddaughter passed away.

12:02 So, yeah, and it was strange how it worked out, you know, that his granddaughter passed away while he was in the state, you know.

12:30 My grandmother pilner went to school with the actress that played Alice on Brady Bunch Erie, Erie, Pennsylvania. So yeah, Lawrence B Henderson.

12:51 I know that was the lady that played the mother. I'm trying to think and be David and be David years ago.

13:39 Her son in the family. Her dad family is from Austria-Hungary. So

13:49 Definitely got a bit of like the German background in her family.

14:00 I do miss them, my brother and sister-in-law are up there visiting are on their way up there to visit with some of their friends and some of the family this weekend. So my daughter with them while they're traveling. So, anyways, my grandfather had some stories to I had, I don't know if I still do somewhere, but we used to have a book that listed.

14:43 Yeah, but I'm not sure what we did with them to a certain point. And I remember one year we went with my

14:51 Get parents to the national archives in Washington DC, over Thanksgiving vacation, and we were doing research on family lineage as trying to do like

15:56 Reba, talking about animals out there and their

16:01 Amazing. What type of story is she come up with animals in that attic?

16:19 Cats broke into the bathroom while I was in there and preventing me from committing suicide.

16:44 It's pretty much what I can think of right now, that I was thinking of.