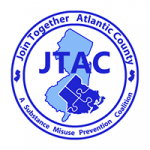 "Kevin’s drug addiction, started in junior high, when he started to feel like an outcast."

Georgia: Who is in relations to you that you have lost to drugs and how are you connected?

Georgia’s Father: Boys name was Kevin, he was my friend’s son, who happened to be one year older than my son. My friend and I grew up together, we were ahh very close and played on many sports teams together. Still to this day, we see each-other every Sunday.

Georgia: As a child, did you expect Kevin to be addicted to drugs?

Georgia’s Father: (takes a deep breath) That is a difficult question to answer, however he exhibited (pauses) erratic and strange behavior as a young boy. An example, was when he was around ten years old during our club Christmas party he went outside and laid down in the middle of the street, waiting to get hit by a car.

Georgia: Were there any signs of addiction? How so?

Georgia’s Father: Kevin’s drug addiction, started in junior high, when he started to feel like an outcast. He went from being (pauses) a student… an A student let me rephrase that he went from being an A student, to someone who stopped participating in class and began failing.

Georgia: What was the drug that started his addiction?

Georgia’s Father: (long pause) I would say, marijuana! Kevin’s behavior became worse and he became very ahh defiant and disobedient to his parents.

Georgia: Did Kevin ever steal from family to support his addiction?

Georgia’s Father: Yes, indeed! He began stealing from family members, everyone had to lock their doors at night and lock it when they were away. Otherwise, he would steal things in the room and sell them for drug money.

Georgia: How did others react towards Kevin?

Georgia’s Father: (takes a deep breath) Family and friends were horrified by his behavior. An example, when (takes a long breath) really when he got… one time he forgot to bring his key to open the door. And instead of calling his parents he got so frustrated he just broke the door down.

Georgia: Did Kevin’s family try and get him help? What kind of help?

Georgia’s Father: Yes… umm… they had him enrolled in a state drug addiction program. This had mix results with time periods of success and then umm there were periods of relapse unfortunately.

Georgia: Is drug use common in Kevin’s family?

Georgia’s Father: No! No (mumbles) Excuse me, no drug addiction at all.

Georgia: What would you say to Kevin now?

Georgia’s Father: I would tell Kevin to continue seeking help and to try to be strong to fight the daemons that were inside him causing this behavior.

Georgia: (Takes a deep breath) Has Kevin’s experience change your perspective towards drugs?

Georgia’s Father: No. Over my lifetime, I’ve seen the results of what drug addiction can cause. Stealing, lying, and criminal behavior and the (stutters) alienation of one’s family and friends.

Georgia: How can people change drug addiction in the future?

Georgia’s Father: The war on drugs has failed. We have more people dying of drug overdoses now then thirty years ago. An entire new strategy must be developed to react to this problem.