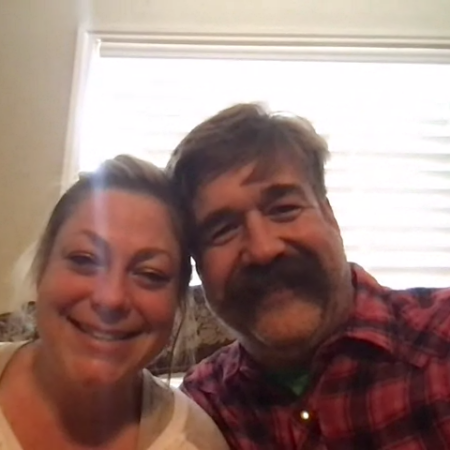 Spouses Nate Green (44) and Liz Green (40) talk about purchasing the Starlight Canyon Bed and Breakfast and how their lives have been since running the B&B and having kids.

01:05
LG talks about how she and NG met at the Keystone Ski Resort, after she attended college, and NG talks about some of his early years and wandering around after high school.
05:17
NG recalls how LG’s parents would talk about the Starlight Canyon Bed and Breakfast and how her parents thought they should check it out as potential real estate.
08:49
NG and LG talk about moving from Denver to Amarillo, moving in with LG’s parents while LG was pregnant and they had 2 dogs, gearing up to purchase the Starlight.
13:33
LG says she feels like the Starlight chose them, and feels like they’re perfect for running it.
18:20
LG talks about the craftspersonship of the B&B and being amazed at how it was all made by hand without machinery, and NG says that the building is a historical landmark with the state of Texas.
25:00
NG and LG talk about some of the wildlife they’ve seen on the B&B property.
29:15
NG talks about their three girls, Teagan, Harper, and Dylan.
33:00
NG talks about what's next for them and the future of the Starlight.