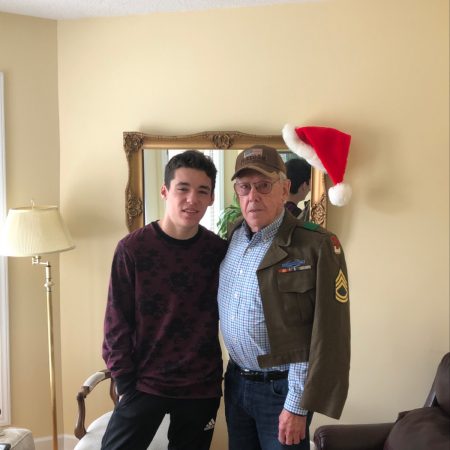 The Korean War Through the Eyes of a Soldier

Formal First class Sergeant of the 5th Regimental Combat Team of the U.S Infantry Bill Parker (85) describes his 13 month deployment in Korea during the Korean War (1950- 1953). When Sergeant Parker was interview by his grandson, Andrew Goetz (14), Parker describes in great detail of the rogue and brutal conditions of wartime Korea, unforgiving to those who served. Sergeant Parker also describes how he was treated among the South Korean people, his allies (4 minute mark). Furthermore, Sergeant Parker also describes his time in combat, his fellow soldiers, his weapons, awards, and travels to reach Korea. Bill Parker is now discharged from the army, living in the small city of Beckley, West Virginia, where the interview took place on the 25 of December, 2018.