San Francisco Village is a nonprofit, membership organization that connects older San Franciscans to the community, programming and expertise they need to continue living lives of purpose and meaning. We believe relationships across generations are life changing. Every day, we foster the connections that keep our members engaged, curious and giving back, whether by mentoring a young person, tackling the latest technology or simply sharing their personal stories. Because when older adults value themselves, and are valued by their community, we ALL benefit and create a better experience of aging than the one we have known before. 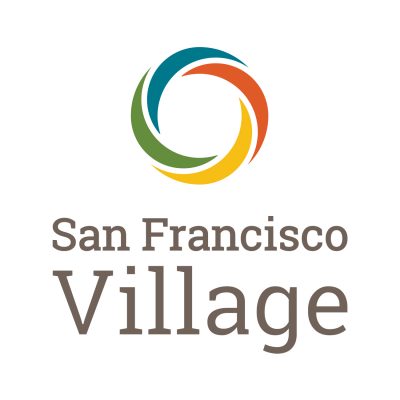 SFvillage
Istanbul and San Francisco are both home to Aydin
39:13

SFvillage
George tells the story of how he met his wife of 65 years. "It does not sound possible, but I literally won her in a craps game."
34:55

SFvillage
Betty shares about her family values and her rural childhood, "Then it was hard work. Now it is kind of charming!"
40:25

SFvillage
Nancy shares stories that lead her to a life philosophy of "if now now, when?"
40:41

SFvillage
"I think that was key to my curiosity in terms of observing scientific phenomenon."
40:54

SFvillage
Shirley, 93, wants everyone to know they might live longer than they expect
40:44

SFvillage
Ralph talks about his identity and family of origins, not wanting to be in a box, and his desire for community.
35:02

SFvillage
Marys decisions that followed her realization that she did not want to be introduced as "Betty s daughter Mary" for the rest of her life
36:38

SFvillage
Judy shares how she found politics and the womens movement as a housewife in the 1960s
36:49

SFvillage
Philip talks about about the goodness of his life that comes from logical choices in the unexpected. “It all worked out perfectly.”
38:27

SFvillage
Lynn shares her personal and Davis family history of the 1960s and 1970s "What I know now what I didn’t know then is..."